The stadium that is to host the opening match of the World Cup in Brazil may not be ready until less than four weeks before the start of the tournament.

FIFA secretary general Jerome Valcke revealed that work on the stadium in Sao Paulo will go on until virtually the last minute.

Brazil's preparations have been plagued by delays and Valcke told a news conference in Zurich: "There are no more deadlines. We are 104 days before the first day in Sao Paulo in a stadium which is not ready and will not be ready before 15 May and with one or two others not ready.

"The goal is that on 12 June until 13 July everything will be working.

"It's true when you receive something late it's a challenge to make sure it is on time.

"It's a bit last-minute but it will work at the end and the teams will have the best because for sure the stadiums are beautiful. It's not a criticism it is just a challenge for the organisers."

The stadium in Curitiba is also expected not to be completed until 15 May.

Valcke insisted FIFA had full support from the national and state governments. 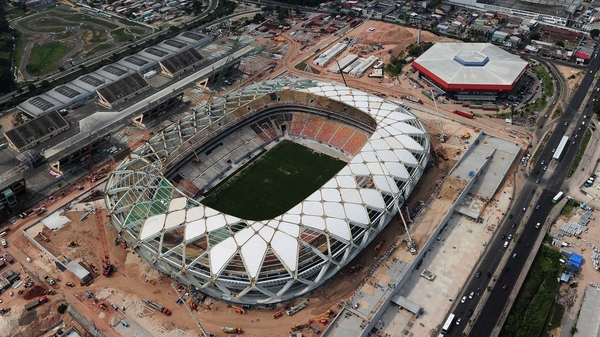