David O’Sullivan maintained his terrific goalscoring exploits with a late equaliser as Longford Town came from 2-0 down to leave the Airtricity League promotion / relegation play-off on a knife edge after this gripping first leg at the Carlisle Grounds.

But Longford responded well in the second half with Dean Ebbe pulling a goal back just past the hour mark before O’Sullivan hit his 27th goal of the season on 83 minutes to leave the First Division side with a slight edge going into Friday’s second leg at City Calling Stadium.

In an enthralling start to the match, Byrne had a goal disallowed for offside inside two minutes when he drilled home a cross from Kieran ‘Marty’ Waters.

Longford had come to play as well, though, with Daniel Purdy warming the hands of Bray ‘keeper Darren Quigley before Gary Shaw dinked just over the top from a long way out.

But the visitors were hit with a double whammy when they lost defender Des Hope with a hamstring injury and then found themselves behind on eight minutes. 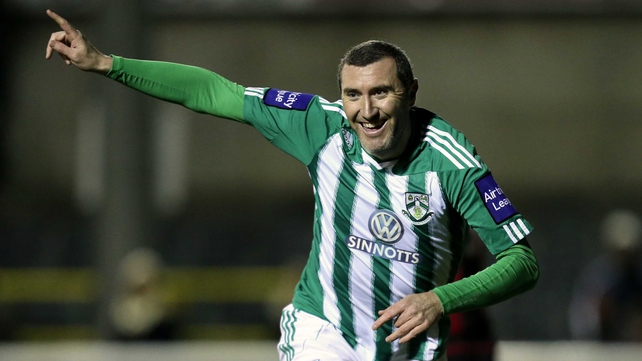 Ismahil Akinade’s left-wing cross picked out in-rushing midfielder Kevin O’Connor and when his lobbed shot came down after hitting the crossbar Byrne was there to nod home.

In an all-action game, Quigley had to produce a fine diving save to turn substitute Gavin Doyle’s stinging drive round a post back at the other end on 23 minutes.

Yet again, though, Town were hit with a double blow as they lost a second player to injury minutes before conceding a second goal on 31 minutes.

Shaw had just limped off when Dempsey put a fine ball over the top for the run of Byrne who finished with aplomb, lobbing Bennion from some 25 yards with a stunning first touch for his 15th goal of the season. 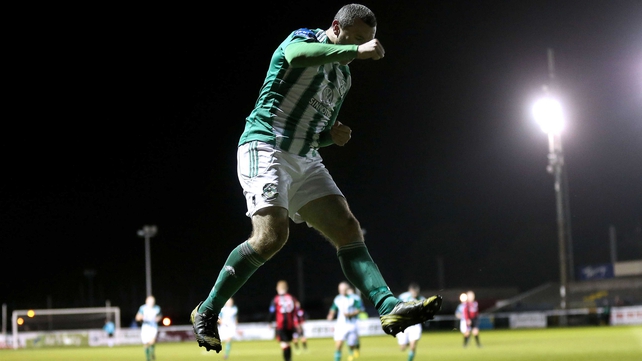 Manager Tony Cousins rallied his Longford side at the interval and they had far more purpose about them from the resumption.

Quigley made a good save from a Rhys Gorman header four minutes in to set the tone for Longford’s revival which saw them get a deserved goal back on 61 minutes.

Substitute Josh O’Hanlon squared the ball to set up Ebbe whose well-struck low drive had too much venom for Quigley and found the net despite the keeper getting a touch.

Longford had the woodwork to thank on 75 minutes when Waters’ fiercely hit cross came back off the far post and was scrambled clear. 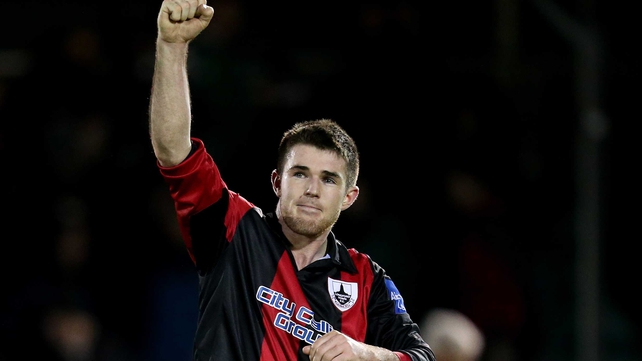 It was a let off Town availed of as they levelled this cracking first leg eight minutes later.

Ryan Connolly’s free kick in from the left wasn’t defended well and O’Sullivan scored with a superb hooked volley from the edge of the area. 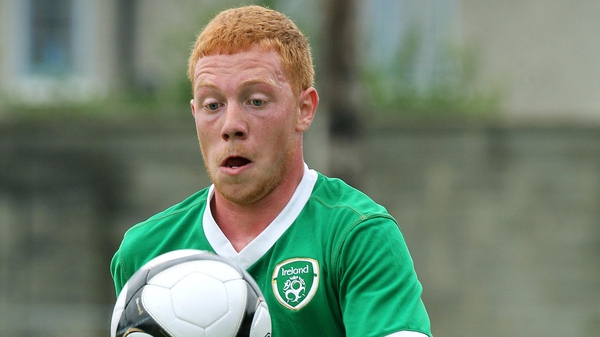