England versus Germany evokes many stirring footballing memories, and the latest edition promises to be an absorbing showdown as they square up in the Women's Euro 2022 final at Wembley.

For Germany, victory would seal a seventh European success in the last eight tournaments - a ninth overall.

The two countries met in the European Championship final back in 2009, when the Germans picked England apart 6-2 in Helsinki. This, of course, is a different era.

Both sides are fitter, better organised and fully professional. The women's game has moved on. Around 15,000 fans watched the 2009 final on a Thursday evening at the Olympic Stadium. Tonight, Wembley will be sold out. The demand for tickets had led to warnings about scams and unofficial resales, while security has been ramped up with memories of the men's Euros final against Italy a year ago still fresh in the mind.

The form lines are good for England. They beat the Germans 3-1 in February at Molineux in the Arnold Clark Cup, and they are unbeaten in 19 games, with 17 wins, since Wiegman - who led the Netherlands to the 2017 Euros title - took the reins last September.

Meeting the old enemy in the final of a major tournament is, of course, another matter entirely. This one will likely go to the wire.

HOW THEY GOT HERE

"Of all those four teams who would have been talked about coming into the tournament, Germany were the ones who were least talked about and I think they're quite bemused by that," she said.

"I've a feeling that Germany are looking on paper the strongest of the four. The team that wins this tournament will really deserve to win it."

The Germans duly edged past a talented France side 2-1, 24 hours after England had steamrolled Sweden 4-0.

The English were actually the lowest ranked team of the four semi-finalists, but they've played some sensational stuff.

After a cagey opening win over Austria, they blew the door off its hinges with a remarkable 8-0 annihilation of Norway. Northern Ireland were then swept aside 5-0 before Spain asked serious questions in a tight quarter-final, which was settled by Georgia Stanway's goal in extra-time.

They were back to their free-flowing best in the thumping of the Swedes and that ramped the hype levels up to overdrive.

England must beware however. Germany have moved through this tournament with typical diligence.

Denmark, Spain and Finland were all dealt with in the group stages, while the dogged Austrians were dispatched 2-0 in the last eight.

Wednesday night's 2-1 defeat of France was achieved without winger Klara Buhl, who missed out after testing positive for Covid-19. Germany conceded their first goal of the tournament against the French; and even that required a big slice of luck as Kadidiatou Diani's shot hit the post, rebounded off goalkeeper Merle Frohms and rolled into the net. 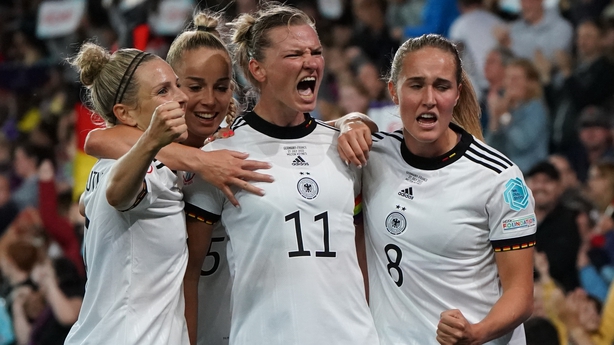 They don't allow teams to breathe, pressuring and harassing in an organised press that's highly effective. Norway gave England the freedom of the flanks in their group match and paid the heaviest possible price as they shipped eight goals (it could have been more) but there's no way Germany will be naive enough to let the Lionesses' star attackers have it all their own way.

"There is more pressure on England tomorrow than us," said Germany manager Martina Voss-Tecklenburg.

"We've dreamt of this, a final against England at Wembley. I don't know if there is a bigger moment for our players. We want to stay present and embrace everything."

After Northern Ireland were hammered by the English, Kenny Shiels offered up a typically blunt assessment: "England is so far ahead of everybody at this time," he said. "I have to say if they don't win the tournament, it would be a failure of the best players. If you have the best players you have to win, as simple as that."

It's not always as simple as that... but England must know this is a golden opportunity to earn a breakthrough success. 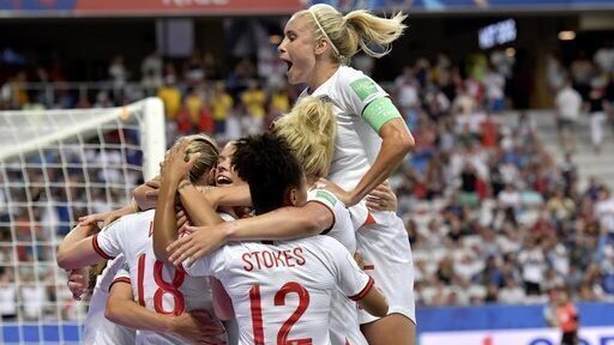 The battle of the orchestrators. Both of these deep-lying midfielders love to pass through the lines and act as the fulcrum of their teams' attacks.

Walsh is also very effective at breaking up the play and shielding her defence, while the elegant Oberdorf is blessed with guile and vision. Their influence will be crucial.

Popp, 31, has had a brilliant tournament. She's neck and neck alongside Beth Mead in the race for the Golden Boot (both players have six goals) and, in a close contest, she has the ability to make the most any sniff of goal she gets.

Bright therefore will have to be on her toes. The Chelsea centre-half has been immense for England. A calming influence who holds the defence together, the Yorkshire woman will require one more big evening to shut out the clinical Popp.

England have had lots of joy in the wide areas, with left-back Daly a willing outlet in the top third of the pitch. Huth could look to exploit Daly's desire to roam forward by galloping into the space she tends to leave so a game of cat and mouse could ensue, particularly in the early exchanges.

VIEW FROM THE DUGOUTS

Martina Voss-Tecklenburg: "(Women's football) will only win if everything that happens in Europe with Germany and England ends in a sustainable way. Something has to continue, this has to be a chance for all the countries to make the next steps for women's football - if not now, when will this happen?"

Sarina Wiegman: "I just think now they believe, they truly believe that we can beat anyone if we just do some things really well. We have already shown it, we have already proved ourselves that we can. It's not just words. You need some behaviour too, to help each other. I think the team has done that so well."

Watch the Euro 2022 final, England v Germany, on Sunday with RTÉ Sport. Live television and streaming on RTÉ2 and RTÉ Player from 4pm with news and a live blog on RTÉ News app and on rte.ie/sport. 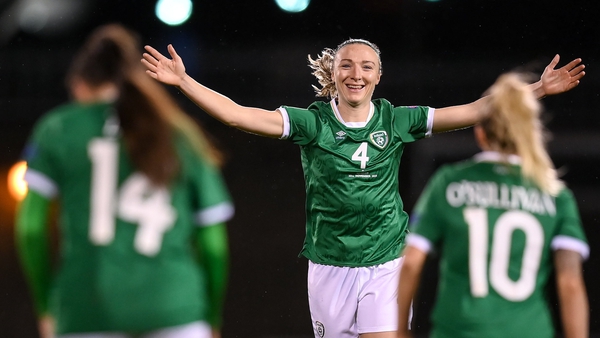