Arsenal have signed Oleksandr Zinchenko on a long-term contract from Manchester City.

"He's a player that I personally know really well and continued to follow him after my time at Manchester City.

"Alex is a high-quality player who will give us options and versatility. It's not only about the positions he can play but as well, the versatility he will give us in attack and defence.

"Alex is a person with great human qualities and character, and I'm delighted that everyone has made this huge effort to bring Alex to the club."

Brentford have further strengthened their squad ahead of the new Premier League season by signing Ben Mee on a free transfer.

The 32-year-old has agreed a two-year deal with the Bees following the expiration of his contract at Burnley, who he served with distinction for over a decade.

Boss Thomas Frank said on the club's official website: "I am very happy that we have signed Ben. He will add a lot of quality and experience to the squad. He had six good years for Burnley in the Premier League.

"He will bring leadership and communication to the team, which is very attractive. He has a very good left foot and will be very good for us on set-pieces in both boxes. I am looking forward to adding him to the squad."

Mee, who played almost 400 times for the Clarets over a 11-year period, becomes Brentford's fourth signing of the summer, joining Aaron Hickey, Keane Lewis-Potter and Thomas Strakosha in west London. 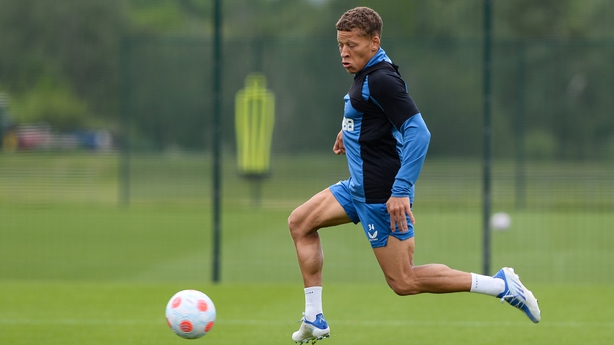 Championship side Stoke have confirmed the signing of Newcastle striker Dwight Gayle for an undisclosed fee.

Gayle, who spent six years at St James' Park, has agreed a two-year deal with the Potters and is their sixth summer signing.

The 32-year-old told Stoke's official website: "I'm buzzing to be here and I can't wait to get started now.

"There were a few parties that were interested, but for me it was about finding a club that was right for me and after speaking to the gaffer and the coaches I heard everything I wanted to hear."

Gayle signed a five-year contract when joining Newcastle from Crystal Palace in 2016 and agreed a new three-year deal with the Magpies in 2021.

He scored 23 goals in all competitions in his first season as Newcastle won the 2016/17 Championship title and netted 34 times in a total of 122 appearances for the club.

After starting his career at Dagenham and Redbridge, Gayle had a spell at Peterborough before moving to Palace in a £6million deal in 2013.

He also spent the 2018/19 season on loan at West Brom in the Championship, scoring 23 goals in 39 league games.

Stoke boss Michael O'Neill added: "Dwight's track record, particularly in the Championship, is exceptional and there were a number of clubs chasing him so we are really delighted he has chosen to join us."