Dundalk travel to St Patrick’s Athletic for their game in hand over league leaders Shamrock Rovers and will be hoping to cut the defending champions advantage at the top to seven points.

The Lilywhites come into the game off the back of a disappointing derby defeat to Drogheda last week and manager Stephen O’Donnell will be demanding a response from his players.

St Pat’s meanwhile have Dundalk firmly in their sights.

A win for the Saints would see Tim Clancy's side climb to within two points of third placed Derry and just three points behind Dundalk.

It’s a big game in terms of the Inchicore side’s European pursuit and having lost 1-0 and drawn 0-0 already this season, manager Tim Clancy is looking for a win.

"We have had two very tight games against them already this season and there is very little in the games," the Saints manager said.

"I've gotten to see them a playing a good few times and I suppose the benefit of us not playing last weekend was we were able to go up and watch the Drogheda Dundalk game.

"The home game here the last time, I think Sheppard made a few unbelievable saves, one particularly really good one from Eoin Doyle late on to get them a point and then we gave up a soft goal against them in the first half when Daniel Kelly scored in the return fixture.

"I think the way we played in the second-half when were knocking on the door possibly should have gotten an equaliser. We felt disappointed to come away from that game without a point at the very least so we know it's going to be another tough game, but it's one we are prepared well for and one we want to go and try and win"

O’Donnell has a similar view and expects another tight encounter between his side at St Pat’s.

"It’s two teams up near the top echelons of the league and anytime that happens it’s going to be a tough game," he said.

"Our first two games against them were tight and I’d expect no different on Friday night.

"Our job is to prepare for the game and identify certain areas that we can exploit against a good attacking team with some dangerous players."

O’Donnell looks likely to recall Pat Hoban to his starting line-up after he came on as a sub during their derby defeat.

For the Saints, Adam Murphy, Ronan Coughlan and Sam Curtis continue their recovery from respective injuries, but Jamie Lennon and Paddy Barrett are in the reckoning.

New signings Harry Brockbank and Thijs Timmermans look likely make their debuts, although that may be from the bench.

Buoyed by their recent derby victory over Dundalk, Drogheda are suddenly looking up the table and a win would put the eighth placed side to within a point of the visitors.

The Drogs recent form has seen them lose just one of their last seven games and with 13 points between them and second bottom side Finn Harps, relegation fears are fading. That's exactly what Darragh Markey wants to see.

"Our goal is always to stay up," he told LMFM. "We know that Finn Harps tend to go on runs near the end of the season and there’s never writing off Finn Harps.

"There’s still great belief in the side, we know how good we can be. We’ve beaten Rovers, we’ve beaten Dundalk twice, so we know we can go up the table and the teams around us, we’re close to them.

"There’s no denying that there’s great belief in the side but the main thing is to not get too excited and to stay in the league."

While the Drogs relegation worries are fading away, so too are Bohemians’ European hopes.

Inconsistent form and just seven points from their last six games has seen Bohs drop out of the European picture and while they’ll still hope they can turn things around, it needs to start quickly as they trail third placed Derry by 11 points.

A 3-1 victory against UCD last time was a positive result but while it’s hard to read too much into results against the bottom side, all four of their new signings - Josh Kerr, Ryan Burke, John O'Sullivan and Declan McDaid – featured in one way or another.

Another new player is in the reckoning to play against Drogheda as Republic of Ireland U21 international Ethon Varian joins from Stoke City having spent last season on loan with Raith Rovers.

However Bohs will be without Varian’s international team-mate Dawson Devoy who this week completed his transfer to MK Dons.

The talented midfielder will be a big loss to Keith Long who will look to his new signings to pick up the slack. 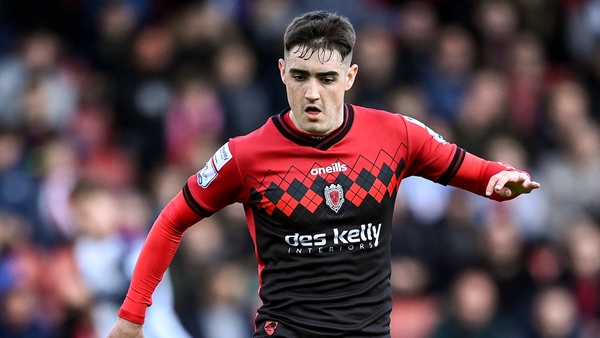