Republic of Ireland international Robbie Brady has signed a one-year contract with Sky Bet Championship side Preston following the completion of a trial.

The 30-year-old former Manchester United trainee, who has also played for Hull, Norwich and Burnley, made seven appearances for Bournemouth last season as they secured promotion back to the Premier League.

Lowe said: "He's an unbelievable talent and we feel it’s a big acquisition to get someone who’s played in the Premier League for large parts of his career."

Brady made the last of his 57 Republic of Ireland appearances in a friendly against Oman in March of last year.

City agreed a basic fee of £42million with Leeds for the England international last month, with a potential further £3m to be added in bonuses.

Phillips, who came through the youth ranks at Leeds, switches to the Etihad Stadium after making 235 appearances for his hometown club over the past eight seasons.

Phillips said: "I am absolutely delighted to have joined Manchester City.

"City have again proved to be the best team in the country with an amazing squad and a manager in Pep Guardiola who is rightly considered to be the finest in the world.

"City are a world-class club with world-class staff and facilities and it's a dream come true to have joined the club."

Phillips is City's fourth new arrival of the summer after the signings of Erling Haaland, Stefan Ortega Moreno and Julian Alvarez.

Phillips rose to prominence as Leeds won promotion to the Premier League in 2020 and went on to establish himself in the top flight. He then played a key role for England as they reached the final of Euro 2020 last year. 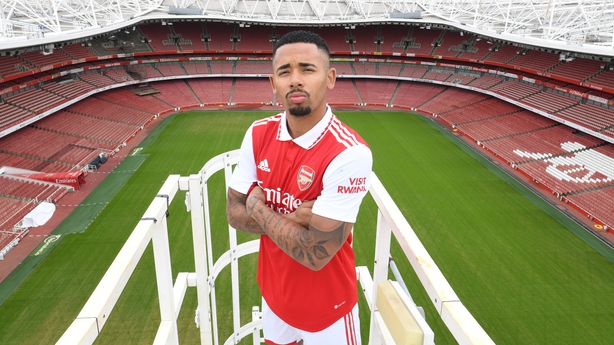 Departing City is Gabriel Jesus after Arsenal completed the signing of the Brazilian international on a long-term contract.

The forward, signed in a reported £45million deal, leaves City after almost six years, during which time he scored 95 goals in 236 appearances and won the Premier League four times, League Cup three times and the FA Cup.

Jesus is reunited with Arsenal manager Mikel Arteta, who was Pep Guardiola's assistant before he made the trip to the Emirates Stadium. 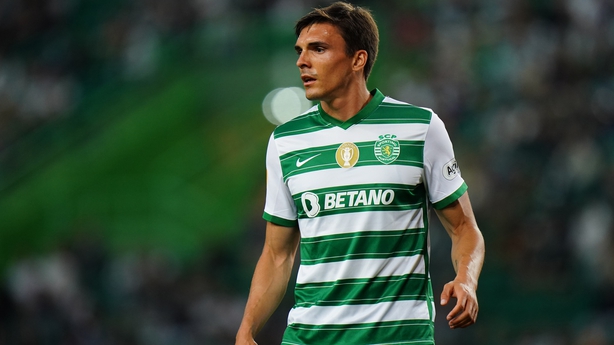 Fulham have completed the signing of Portugal midfielder Joao Palhinha from Sporting Lisbon.

Palhinha, 26, is the first new arrival of the summer for the Cottagers, who won promotion back to the Premier League last season.

The Portugal international has agreed a five-year deal, with the club holding the option for an additional 12 months, and joins for a reported £17million fee.

Barcelona have signed Denmark defender Andreas Christensen following the end of his contract at Chelsea.

Christensen moves to the Spanish giants on a four-year deal, with his buy-out clause set at €500million.

The 26-year-old joined Chelsea from Brondby in February 2012 and was part of the team which won the 2020–21 Champions League.

The summer rebuild under new manager Erik ten Hag has been slow to get off the ground after a disappointing campaign that saw the Red Devils register their lowest ever Premier League points tally.

The push to sign Barcelona midfielder Frenkie de Jong has dragged on for a club that have made great strides in their move for two other players.

It is understood Eriksen has verbally agreed in principle to join United, with a three-year deal being prepared.

The former Tottenham and Inter Milan attacking midfielder shone for Brentford in the second half of last season as he made a miraculous return from the cardiac arrest suffered at Euro 2020 last summer.
Feyenoord full-back Malacia is set to be the first signing of the Ten Hag era.

Having looked set to sign for Ligue 1 side Lyon, United swooped in for a player that is understood be costing €15million bid, plus €2million in add-ons..

Malacia was at the Carrington training complex to complete his medical on Monday, when United's international players returned from their summer break.

Cristiano Ronaldo was conspicuous by his absence from that group just days after it emerged that the frustrated star had told United he would like to leave if the right offer came in.

United are adamant the 37-year-old will not be sold and are understood to have accepted the frontman's explanation that family issues meant he was unable to report for training.