Semi-automated offside technology will be used at the World Cup in Qatar this winter, FIFA has announced.

FIFA estimates the technology will help to cut decision-making time on offsides from an average of 70 seconds using current video review methods down to between 20 and 25 seconds.

Crucially, FIFA intends to show spectators in the stadium and viewers at home a 3D illustration of the decision after it has been made, most likely at the next break in play after the incident.

Pierluigi Collina, the chairman of the world governing body's referees’ committee, hopes the new system will be as "praised" and accepted as goal-line technology has become, with a similar margin for error.

He said GLT had been accurate to within three centimetres when it was introduced and was now accurate "to a few millimetres".

He was keen though to insist that the on-field referee, and the video assistant, were still vital in validating decisions, and at pains to manage expectations on the speed of the new system.

"I’ve heard a lot about 'robot referees’. I understand sometimes this is very good for headlines, but this is not the case," the Italian said.

"The match officials are still involved in the decision-making process, as the technology gives an answer only when a player is in an offside position.

"In other words, the assessment of interfering with an opponent remains a match official’s responsibility.

"We will be faster, we will be more accurate – these are the objectives of the semi-automated offside technology."

FIFA first received demonstrations of semi-automated offside technology in 2019 and trialled it at the Arab Cup in Qatar last year and the Club World Cup in the United Arab Emirates earlier this year.

The system relies on 12 cameras installed underneath the roof within each stadium, all 100% synchronised with each other. Optical tracking data looks at 29 data points on each player, covering their limbs and extremities, plus the position of the ball, 50 times per second.

The World Cup ball houses a sensor which transmits data to the video operations room 500 times per second.

This technology combines to track the limbs of each player and also the precise 'kick point’ in real time using artificial intelligence.

When an offside is detected by the system, an alert is relayed to the offside video operator, with the lead VAR then manually validating the kick point and the offside line.

The VAR then communicates what he or she can see to the on-field referee. The referee can still use the monitors at the side of the pitch to check issues such as interference with play or other infringements which may render an offside call irrelevant or inaccurate. 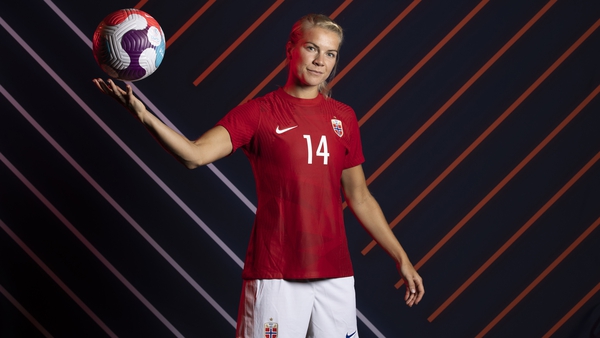 Women's Euro 2022 likely to be most competitive ever - Lisa Fallon