Arsenal manager Mikel Arteta labelled his side's performance against Newcastle as "extremely poor" and said it was not at the level required to qualify for the Champions League.

After the 2-0 loss at St James' Park, Arteta told Sky Sports: "It was a really difficult night to swallow. Newcastle deserved to win the match comfortably. They were much better than us from the beginning to the last minute and we had nothing in the game.

"We tried to change some things, but it did not make it better. The goals we gave away were extremely poor.

"The performance was nowhere near the level we have to play in the Champions League. It's a very painful one."

On the race for the top four, Arteta added: "It was in our hands, today it's not in our hands. We have to beat Everton and wait for Norwich to beat Spurs.

"There's always a chance in football and you have to be there just in case that chance appears."

Eddie Howe was delighted to mark Newcastle's final home game of the season with an impressive victory.

The Newcastle boss told Sky Sports: "I thought it was a brilliant all-round performance from us. We played with the intensity we wanted to and we never let up. We were professional right to the end and I thought we did the Premier League proud.

"One thing missing was that we hadn't beaten a top-six team and, not only did we beat Arsenal, we were dominant throughout.

"But we'll remain calm in this moment. We have to work incredibly hard to improve everything about the team in the summer and make sure we come back a stronger unit." 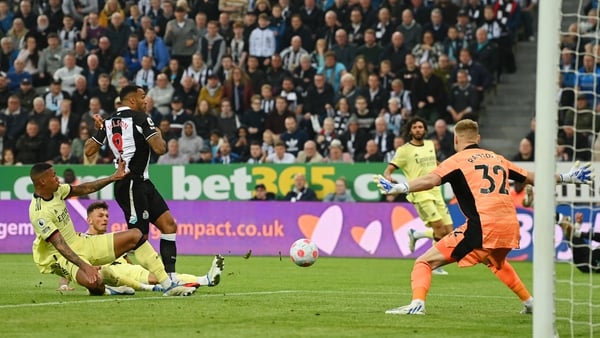