Tom Rogic scored a first-half double as Celtic maintained their new position at the top of the Scottish Premiership with an impressive 4-0 victory over Motherwell.

Ange Postecoglou's side subjected Motherwell to the same first-half demolition that they carried out against Rangers in midweek and again led by three goals at half-time following Liel Abada's opener and Rogic's superbly-taken brace.

This time Celtic continued their domination after the break and Daizen Maeda rounded off a one-sided win at Fir Park.

Postecoglou rotated his squad with Anthony Ralston, Rogic and Maeda coming in while Motherwell retained the 3-4-2-1 formation which Graham Alexander introduced for the midweek draw against St Mirren.

Kelly got a taste of what was to come when he stopped Abada's shot with his foot after 60 seconds and Celtic were utterly dominant in the opening stages.

Motherwell finally emerged from their own half and forced a series of set-pieces around the 20-minute mark.

Stephen O'Donnell got a shot at goal from one of them but Maeda appeared to get a touch to divert it over the bar.

Giorgos Giakoumakis had an effort saved before Celtic opened the scoring in the 28th minute. Greg Taylor's pass down the left broke the lines and Reo Hatate delivered a wonderful low cross which the untracked Abada ran on to and swept home.

The visitors doubled the lead three minutes later following a throw-in on the right wing. Abada passed inside to Rogic who was faced by Liam Donnelly but the Australian had the time and space to measure a trademark curling effort into the top corner from 22 yards.

Motherwell had a let-off when they failed to deal with Maeda's low cross and Rogic saw his shot hit by a grounded defender.

The third goal came in stoppage-time. Ralston's pass sent Abada down the line and the Israeli cut the ball back for Rogic to slot home.

That proved Abada's final contribution as James Forrest came out in his place for the second half while Nir Bitton replaced Hatate.

Motherwell brought on an entirely new frontline including Republic of Ireland Under-21 midfielder Ross Tierney who scored in a midweek draw against St Mirren, as well as Kaiyne Woolery and debutant Joe Efford as they moved to a 4-3-3.

Efford showed willingness to run at defenders and get shots away and he had a deflected effort parried by Joe Hart.

But Celtic were soon back in command. Callum McGregor hit thee top of the bar on the counter-attack, Maeda had the ball in the net but Giakoumakis was penalised for a foul on Donnelly, and Kelly saved well from Forrest's header.

The fourth goal came in the 71st minute after substitute Matt O'Riley sent Maeda in behind. Bevis Mugabi matched the run and put in a strong challenge as the Japan international shot but the ball spun up in the air and underneath the crossbar.

Celtic were hungry for more. Maeda shot over first time after a flowing move, Kelly denied Jota, Rogic hit the outside of the post and Josip Juranovic just missed with a free-kick.

Rogic had another chance for his hat-trick but Kelly got down well to save. 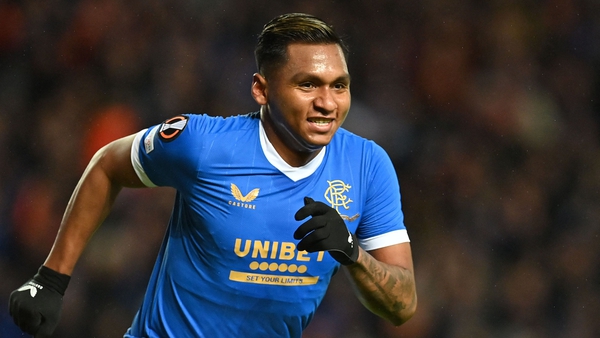 Rangers bounce back by putting five past Hearts