Dundalk have announced the signing of Wales under-21 midfielder Joe Adams.

The 20-year-old arrives from Brentford and becomes the club's eighth arrival since Stephen O'Donnell's appointment as head coach ahead of the 2022 SSE Airtricity League Premier Division season.

Adams found the net for Wales' U21s in their 2-1 defeat to the Republic of Ireland last March and has been part of Brentford's B team since joining from Bury in the summer of 2019, going on to play alongside former Dundalk player Val Adedokun and current Lilywhite and Wales Under-21 goalkeeper Nathan Shepperd.

"Joe is a player with a great pedigree and he's very technically gifted," said O’Donnell.

"He can play off both feet and he's good athletically. We’re really looking forward to seeing him play. He's a quality addition and he is a player who will really excite our fans."

Adams said he is relishing the chance to play competitive first-team football.

"This is a great opportunity for me and I am really looking forward to it," he said.

"I'm at the stage of my career where I need to be playing first-team football, so it’s an opportunity I’m really looking to take."

The defender spent last season on loan at Longford Town, where he won the supporters' Player of the Year award.

"We are very happy that Aaron has chosen us over a host of other clubs. He is coming off the back of a great season where he has gained many admirers," Duff said of the 22-year-old.

"He fits the profile perfectly that we want in a Shelbourne centre back. He loves defending and is also a very technical footballer." 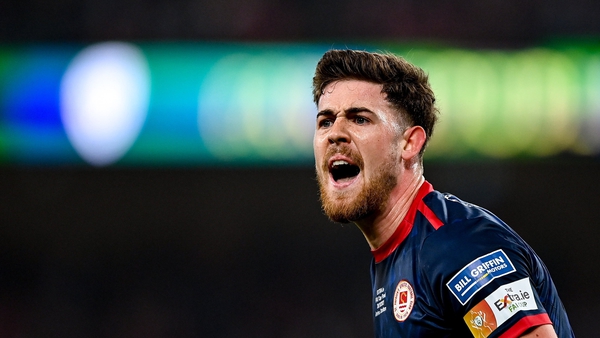