UEFA will change the format of its continental qualifiers for the Women's World Cup from 2023 following criticism over a lack of competitiveness, the head of women's football at the European soccer governing body, Nadine Kessler, has said.

The Republic of Ireland manager Vera Pauw expressed her concerns after her side's facile 11-0 thrashing of Georgia.

"You see already the results of it. UEFA really needs to think about.

"I have offered my help because I have been thinking about these things for many years. Together we really need to think about how to solve this problem."

Ireland's rout of Georgia was not the only European qualifier this week which featured a one-way encounter as Norway thrashed Armenia 10-0 and England beat Latvia 20-0.

England Women's head coach Sarina Wiegman said this week that their win in the qualifiers for the next World Cup was not good for the development of the women's game and stressed the need for competitive matches.

"But I don't think it's good that the scores are so high. I know that has the attention of the federations - UEFA and FIFA. I think that's good because I don't think 20-0 is good for the development of anyone

"We acknowledge that we absolutely don't want to see that," Kessler was quoted as saying by the Guardian on Friday. "It's not good for the development of women's football, not for smaller or big associations, and it will change as of 2023.

"We're looking at all of the formats that we've used before... what was good and what wasn't good to then draw up what hopefully will be the best format to improve the competitiveness."

Kessler said UEFA would consider a Nations League-like format as an option.

The Nations League, a biennial men's competition, is divided into four divisions based on UEFA rankings and linked with European qualification for the World Cup.

"We are considering lots of different options, like a Nations League but not only a Nations League, to see how we can close this gap," Kessler said, adding differences in the quality of teams would not be bridged by changes to the format alone.

"If you don't play regularly, at an elite level, for a national team, if your league is not up and running and has to be cancelled, then these are all factors as to why, right now, we see results like we've never seen before."
UEFA was not immediately to comment.

The next Women's World Cup finals will be held in Australia and New Zealand from 20 July to 20 August 2023. 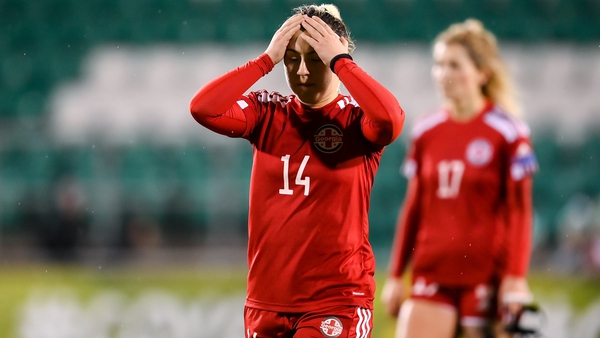