Follow our liveblog on RTÉ.ie/sport and the RTÉ News app.

Watch the action live on RTÉ 2 and the RTÉ Player.

Tune in for live commentary on RTÉ Radio 1 Extra.

Heavyweights meet with another trophy on the line

It's going to take something special for the 47th edition of the FAI Women's Cup final to deliver anything like the drama that was witnessed last weekend, when the league reached its climax.

However, in Shelbourne and Wexford Youths, we have two teams capable of delivering an enthralling decider.

Noel King's Shels beat Youths 3-2 a week ago to snatch the title against the odds as Peamount United fell to a shock 5-2 home loss against Galway United, having been 2-0 up. Tolka Park was a mass of positive energy at the full-time whistle, with King describing the afternoon's events as "mystifying" - "how it happened, I'll never know," he later gasped.

It means Shels are 90 minutes away from completing a double and putting the cherry on top of a tremendous campaign.

Standing in their way is a Wexford Youths side rammed with winning experience and desperate to get their paws on another piece of silver. Captain Kylie Murphy laid it out in the plainest of terms when she said: "For me, not picking up a trophy at the end of the season, it's just not good enough."

Youths were the supporting actors at Tolka, giving the champions due acclaim when it came to the trophy presentation. Make no mistake though, last Saturday only fed their desire to ensure it's them triumphantly climbing the steps at Tallaght Stadium.

The clubs met in the 2015 final [Youths won on penalties] and again 12 months later, when a Leanne Kiernan-inspired Shels ran out 5-0 winners.

Wexford Youths subsequently won two of the next four finals and they're never far way when the big prizes are being dished out. Indeed they weren't too far off sneaking the league title this year either, finishing six points off Shels who could have ended up third had results swung against them.

These two have met three times so far this year: a win apiece and a scoreless draw.

This will be tight. 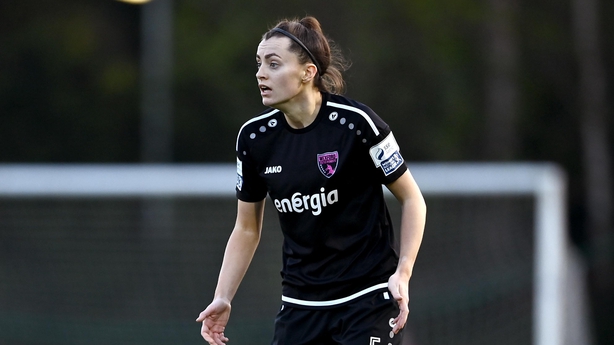 The big positive for Youths is the return of Lauren Dwyer [above], who missed the game at Tolka with a hamstring problem. Dwyer is a key part of a defence that boasted the best record in the league, and brings an calm authority to Stephen Quinn's side.

Injuries to regular goalkeepers Kiev Gray and Maeve Williams meant Quinn had to put midfielder Edel Kennedy in between the sticks last week but he won't have that concern on Sunday as the panel returns to full strength.

Veteran Kylie Murphy has been a revelation since being moved higher up the field to fill the void left by Rianna Jarrett, scoring 15 goals and earning a nomination for the WNL Player of the Year award.

She's been ably supported by the brilliant 17-year-old Ellen Molloy, who was named in Vera Pauw's Republic of Ireland squad on Friday alongside clubmate Aoibheann Clancy. Both have been nominated for this year's WNL Young Player of the Year award.

Champions Shels may feel a little irked to have no representatives on the Player of the Year short list but they certainly have no shortage of talent.

Saoirse Noonan and Ciara Grant - who've also been named in Pauw's latest squad - will be central to the double charge while Jessie Stapleton, still only 16, is a massive prospect.

There'll be no quarter given, particularly in the middle of the park where both sides are very strong.

Views from the managers

Noel King (Shels): "Anyone who's been involved in football will know that the most valuable trophy of all is the league. It's rewarded in the FAI by being in Europe. There's only one place in Europe for women's football.

"Three weeks ago, the focus might have been on the FAI Cup, because that's the glamour tie. So it's something that you'd want to win, and now it's sort of been shifted in importance because we've won the league, but you very seldom get the chance to win a double.

"The club itself is very, very strong; very unified. It's been a great season. To be in a position with the last game to maybe win a double... it would be a fantastic [achievement]."

Stephen Quinn (Wexford Youths): "It's natural to feel nerves. We got over last Saturday and we take it one game at a time. It’s the old cliché but once we won the semi-final you could very easily start thinking about the 21st [the date of the final] and forget about what’s in between.

"It’s very important to keep everything ticking over. When we start coming towards Saturday there’ll be a little bit of nerves and on the Sunday we’ll hope the work is done and we’ll see how far it takes us.

"There's massive hunger in the squad to go and win things. Last year we didn’t win anything. The girls have won a lot so it’s not a good season if we don’t win anything, no matter where you finish."

Lauren Dwyer: 'If my leg's falling off I want to be out there' 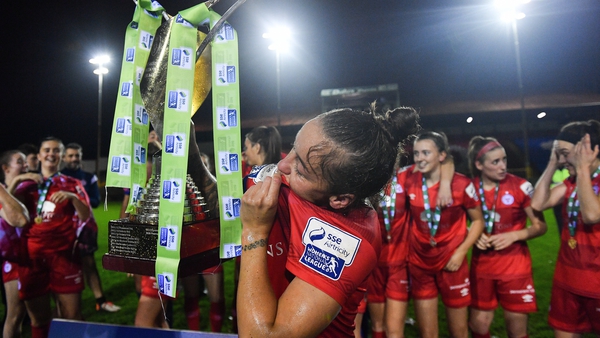