EFL chair Rick Parry says it is too late for a discussion on the potential perils of sovereign wealth funds investing in football, saying: "That horse has bolted."

Newcastle are now 80% owned by Saudi Arabia's Public Investment Fund, following the completion of a takeover deal on Thursday.

While a lot of the attention has been on the country’s abysmal human rights record, it has also again raised questions over whether investment funds run on behalf of a state were having a distortive, disruptive impact on football.

The Premier League says it has received legally binding assurances that the Kingdom of Saudi Arabia will not have control over the club, but it remains the case that Crown Prince Mohammad bin Salman is the chair of the PIF.

Asked whether football had to get to grips with such funds, Parry said: "It is a bit late, not just at the English level but at the European level.

"We’ve got Manchester City and Paris St Germain in the same Champions League group, they have produced some breathtaking football over the last year in the latter stages of the Champions League.

"So it’s a bit late to have a philosophical discussion on whether we want sovereign wealth funds to own football clubs. That horse has bolted."

Newcastle are second bottom in the Premier League, albeit after only seven games, and can only flex their new financial muscle in the January transfer window.

The EFL’s owners’ and directors’ test is aligned with the Premier League’s but in the event of Newcastle’s relegation to the Championship, the owners of Newcastle would have to resubmit information to the EFL.

Amnesty International has called on the Premier League to make its OADT human rights-compliant and for it to overhaul its standards.

"We’ve made no secret of the fact that we want to improve our financial regulation," he said.

"Over the last two years we have been robust, we’ve been pretty firm, we have resisted quite a number of applications.

"We don’t specifically have clauses on human rights. We have a lot of overseas owners at every level of the EFL and you have to constantly respond to changing circumstances.

"We’ve made no pretence that it’s always work in progress for us. Can our owners’ and directors’ test be improved still further? Yes, clearly. But as I said, the last two years, I think we’ve actually done pretty well, we’ve avoided a few potential banana skins.

"But these are huge dilemmas for football, on a scale which we have probably never had to address before." 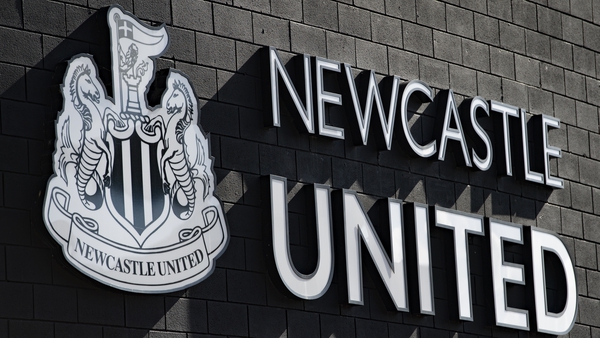