UEFA recently announced that the prize pot for next summer's tournament - which will be staged in England - has increased to €16m for the 16 participating countries.

But the amount is a fraction of the €370m which was shared between the 24 teams at the men's Euro 2020 championship.

Responding to the increase, Blues boss Hayes recently told the BBC: "It is not enough money. It is nowhere near the amount of money that is needed."

Hegerberg said: "Emma Hayes made a comment on that topic, and she is absolutely right.

"I am a player and from my perspective my job is to perform. But what is important in this subject is we are not in a position where we should be thankful about everything that is given to us.

"I know without performance nothing follows after, but that doesn't mean you have to be thankful. Some things should be a bare minimum." 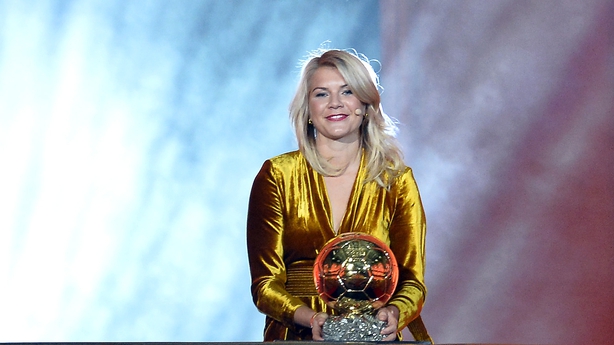 Hegerberg's remarks carry significant weight. The 26-year-old Norwegian, a five-time Champions League winner with Lyon, made history in 2018 when she became the first woman to be presented with the Ballon d'Or.

The forward, who holds the record for the most Champions League goals, has been sidelined for almost two years following a series of injuries.

But she will be in Lyon's squad for the opening fixture of their European campaign against Hacken in Sweden on Tuesday.

"I am going to be honest, it has been very tough and mentally challenging," said Hegerberg reflecting on her 20-month injury lay-off.

"But I am looking at it in a positive manner. I have grown incredibly, as a woman and as a footballer, and it gives me strength for the next years because it has shaped me.

"I have missed the football, the fans, my team-mates and I will never ever take football for granted again. I am pumped, buzzing and ready to give the best of myself for the next part of my career."