Richie Towell is available to make his Shamrock Rovers debut against his former side.

The Hoops are in need of a lift after more dropped points last week with a 1-1 draw at home against Drogheda.

Despite taking 12 points out of 27 in the second series of matches, Stephen Bradley's side are still level on points at the top of the league.

The visitors play their first game without Chris Shields after his formal departure to Linfield.

Vinny Perth has led the side to back-to-back wins and this is another opportunity to try to restore some credibility after a tough season to date.

Shamrock Rovers: Sean Kavanagh and Joey O'Brien return to the squad, though Chris McCann is touch and go. Graham Burke is suspended.

Dundalk: Andy Boyle is a doubt after a medical procedure last week as is Sonni Nattestad (back). But Wilfried Zahibo and Will Patching are available after returning from quarantine and a loan respectively. Daniel Cleary and Brian Gartland remain long-term absentees.

Stephen Bradley (Shamrock Rovers manager): "One thing that hasn't changed with Dundalk - with all the changes up there in the background - one thing that hasn't changed is that they have a group of really talented players, and that's always been the case. It's going to be a difficult game. We know that. They come with quality in their team, and we'll be ready for that."

Will Patching (Dundalk midfielder): "I enjoyed it at Derry. Declan Devine and Ruaidhri Higgins gave me the freedom to play and I got a good run of games under my belt. I feel fitter and stronger and it's what I needed for a couple of years now. I’m excited to be back now and I just want to carry on where I left off and play as many games as I can and chip in with as many goals and assists as I can." 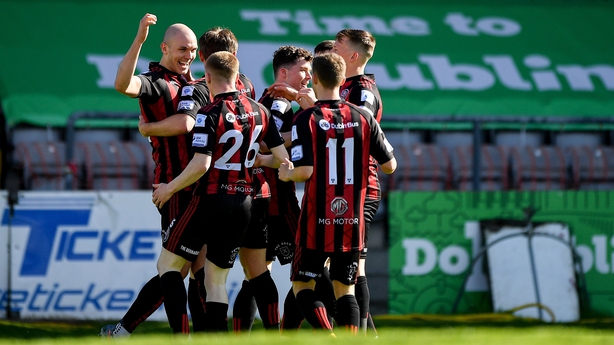 Bohemians were brought firmly back down to earth last Saturday when losing 4-0 to Sligo Rovers.

The Phibsborough side were unlucky not to at least get on the scoresheet in Sligo in what was a high-quality game at the Showgrounds.

Keith Long had led the side to seven wins in eight before it and have previously responded to setbacks.

One blow was a defeat to tonight's opponents St Pat's. They are firmly in the title race ahead of this derby fixture.

Alfie Lewis' red card was a significant factor in the 1-1 draw with Waterford last week. The 21-year-old will be staying with Saints until the end of the season, having signed a short-term contract after his deal with parent club West Ham expired.

In a season of unpredictable results, this game is particularly hard to call.

St Patrick’s Athletic: Shane Griffin is out (shoulder) while Alfie Lewis will serve a one match suspension after his red card in Waterford. Defender Cian Kelly has returned from injury and has joined First Division Wexford FC on loan for the rest of the season.

Ali Coote (Bohemians midfielder): "[St Pat's] are bang there. They've shown they can go on a run and teams are taking points off each other so any team that goes on a run will find themselves a couple of points off the top echelon.

"They are a good team, we’ve seen with a lot of results, they’ve really put teams to the sword, they’ve had a couple of big wins at Dalymount.

"The game at Richmond, it was probably 50-50 but on the balance of it they had the better opportunities so we are under no illusions that it’s going to be a really tough game."

Stephen O’Donnell (St Patrick’s head coach): "Bohemians are a good team. They probably didn't have the start they were looking for this season, but we have seen with a lot of their results that they can really put teams to the sword.

"They've had a couple of really good wins at Dalymount Park and our game against them at Richmond was 50-50 on the balance of it, but they probably had the best of opportunities despite our win.

"We are under no illusions, it's going to be a really tough game and one we are looking forward to." 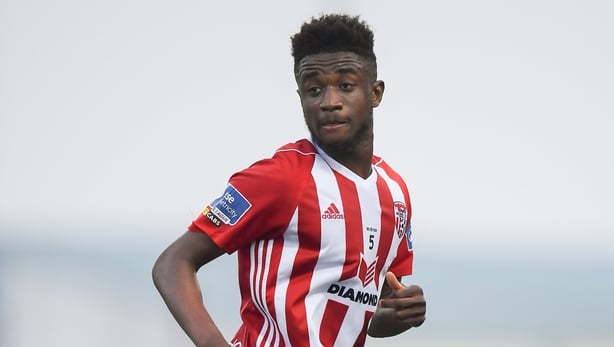 Derry City have been planning for the future this week. Cameron McJanett and James Akintunde have extended their contracts, three players have signed professionally for the first time and prolific striker Jamie McGonigle has joined from Crusaders.

Higgins has brought about big improvements so far at the Ryan McBride Brandywell Stadium but they fell to a first defeat in eight games last Monday when going down to Dundalk.

Results elsewhere meant fourth place is still within five points so they will see this as a chance to climb the table.

Marc Bircham is also excelling in his role at Waterford. Last Friday's draw in the RSC maintained a four point advantage over Longford.

A win here could add to the chances of reeling in Finn Harps.

Derry City: The Candystripes have made some new signings which could come into the reckoning. Jamie McGonigle has joined from Irish Premiership side Crusaders, while striker Junior Ogedi-Uzokwe returns on loan from Dundalk until end of season

Waterford: Katlego Mashigo, Daryl Murphy and Oscar Brennan are unavailable, while Adam O'Reilly and Jamie Mascoll’s loan deals have come to an end.

Marc Bircham (Waterford manager): "We have two tough games on the trot at the other end of the country now. Derry are going to be a tough side, they lost 2-1 last week and are going to want to bounce back from that. We know what we are capable of and that we can play good football. We'll go up there with a game plan and we’ll do what we can to get three points on the board." 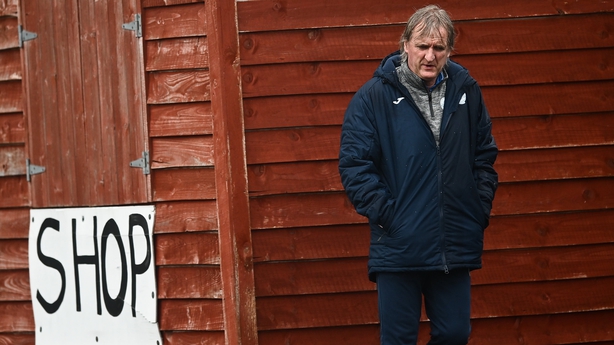 Drogheda showed their mettle in Tallaght when securing a point. Having gone 1-0 down in the background of a morale-draining losses to Dundalk and Bohs, Chris Lyons' penalty was deserved and they could have secured more on the night.

The second series of matches was a struggle for Harps. Eight points from nine matches summed up the inconsistency.

Despite that, they are just six points behind United in fourth place. This is a real six-pointer in that context and could have a big say on the season.

Ollie Horgan (Finn Harps manager): "Drogheda are flying at the moment. Tim Clancy and his team are doing a fantastic job. It'll be a very tall order for us to go there and get a result."