Tonight will see the biggest attendance at Tallaght Stadium in 15 months as Shamrock Rovers host Finn Harps in a pilot event in the SSE Airtricity League.

Over 7,500 fans were present for the Hoops beginning their dethroning of Dundalk in February 2020. Few could have predicted it would be such a long time before the four-figure mark was broken again.

1,200 spectators will watch on as Stephen Bradley's side look to return to the top of the table. It has been the rockiest period for the Hoops in that time as well, losing back-to-back matches before nabbing a late winner in a below-par performance against Longford Town prior to the mid-season break.

Shamrock Rovers remain strong favourites to win this year’s league but they’ll be keen to regain their position at the summit after Sligo Rovers moved ahead in May.

For Harps, they had a frustrating run loss to 10-man Sligo after being unable to get the better of Ed McGinty in Finn Park.

Their record in Tallaght is poor, still awaiting a first win at the venue, but this will be an interesting game if the Hoops fail to fire again.

Shamrock Rovers: The Hoops will have an unchanged squad with manager Stephen Bradley hoping two to three players will return next week against Waterford.

Stephen Bradley (Shamrock Rovers): "I thought we were very good in Longford, like we have been. If you take out the Sligo game, where I thought both teams were poor, really flat, then other than that game, I think our performances have been really good and Longford was no different.

"Finn Harps have been very good, very organised, with threats all over the pitch. They're obviously always dangerous from set plays. But they've been very good, they've created chances in every game they've played.

"I'm sure they will feel in their last game against Sligo before the break they should win the game with the chances they have, and they'll come to Tallaght full of confidence, I'm sure of that."

Ollie Horgan (Finn Harps): "We need to improve and start picking up more points to push us up the league and away from the bottom end.

"We'll need to put in a massive shift now this week in order to get anything down in Tallaght and even then it might not be enough." 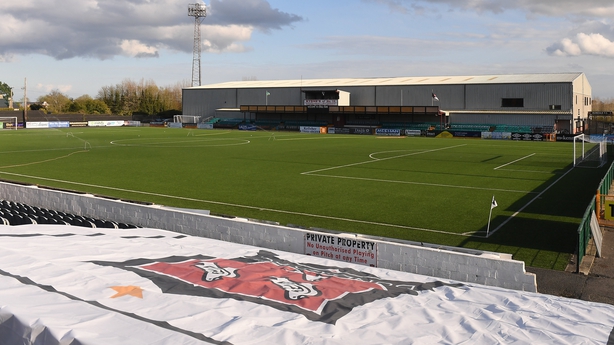 Condense the seasons so far for these clubs would be quite difficult. In short, a break may have been welcome for both.

That said, there is still no resolution to the managerial vacancy at Oriel Park with Vinny Perth or Dave Rogers vying to come in, with roles to be determined.

For Waterford, they have a new owner. Lee Power has sold all of his shares to a UK-based company headed up by Richard Forrest.

He has promised to support Marc Bircham, as well as academy investment.

On the pitch the Lilywhites showed they can be a match for anyone still by dismissing St Pat's 2-0 in response to a humiliation in Dalymount Park. European qualification via the league is still a real possibility and this is the first of two games which could lead to Dundalk climbing the table.

Waterford know they are in a race to be in the play-offs and avoid automatic relegation. They trail Longford by a single point. This is a tough starting point in the second part of the season.

There will be 100 fans in the ground for the game.

Dundalk: Cameron Dummigan returns from suspension and Sonni Nattestad is also available after returning from the Faroe Islands. Chris Shields serves a one-game ban while Raivis Jurkovskis is on international duty with Latvia. Wilfried Zahibo also misses out as he is in quarantine after lining out for the Central African Republic in their friendly double-header against Rwanda.

Jim Magilton (Dundalk FC): "Waterford are going to present a huge task for us because they've had a much-needed break, so they’re going to be back, refreshed and ready for it. They have good players but we’ll have to withstand that. We'll have to acknowledge and respect their strengths but come and really put ourselves up and take the game to them."

Marc Bircham (Waterford FC): "We've got players back but had a few knocks this week too so we’re managing that, but getting the lads back on the pitch will be great. We’ve some tough games ahead with Dundalk and then Shamrock Rovers but we’re looking forward to the challenge." 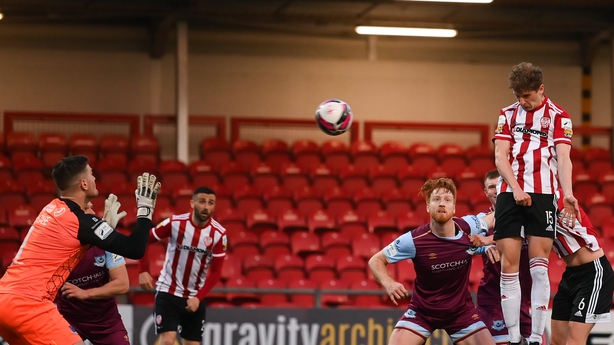 There is a similar story for these clubs as they come back from the week off.

The early season was an unsettling period where they failed to fire to their potential. Now, they can look forward to the next 22 matches with many more possibilities.

Ruaidhri Higgins has made Derry a much more difficult side to beat and yet another impressive away display in Drogheda moved them to within five points of fourth place, having face relegation worries not long ago.

Bohemians were expected to challenge Shamrock Rovers and while they have lost six matches, they are still within touching distance of the leading sides in the division and playing some of the most eye-catching football to boot.

Eight goals in the last two games showed just how dangerous they can be. The middle of the table is very congested with just three points between the teams, there is a lots to play for here.

Derry will welcome fans part as part of a test event in the north.

Derry City: Danny Lupano and Darren Cole miss out due to injury and suspension respectively.

Bohemians FC: Tyreke Wilson returns from suspension but Bastién Hery is likely to miss out with a calf injury and Promise Omochere (quad) is rated 50-50. Rob Cornwall (ankle), Keith Buckley (dead leg) and James Finnerty (wrist) were not risked last time out but are available for selection.

Ruaidhri Higgins (Derry City): "Bohemians are flying - they’ve scored 15 goals in their last five league games so we know the kind of quality they have in attack. We have to be on our guard and be ready for that and our plan will be to create problems for them at the other end of the pitch. We’re well capable of that."

Stephen Mallon (Bohemians): "Derry have beaten us already this season so we know we have to be right at it to get a result. I am looking forward to it, I have a lot of respect for the club and they gave me an opportunity last season."