On the day a protest is set to take place outside Oriel Park, and former Gaelic Games manager Jim McGuinness is linked with role, Dundalk desperately need a positive outcome as they take on Shamrock Rovers at Oriel Park.

Usually this game would be highly-anticipated and a potential title showdown. While the Hoops have opened up a gap a five-point lead at the top, Dundalk are much closer to the relegation positions than a trophy.

Both sides are beset by injury problems which adds to the intrigue.

Dundalk: Daniel Kelly, David McMillan and Cameron Dummigan are all in contention but Daniel Cleary is facing a lengthy spell on the sidelines with a quadriceps tendon injury that will require surgery. Patrick Hoban and Brian Gartland are also out. Wilfried Zahibo and Sonni Nattestad are being assessed this morning Friday after picking up knocks in training.

Shamrock Rovers: Aaron Greene is back in contention but Dylan Watts is still two to three weeks away from a return. Sean Hoare is suspended, while a late ruling will be made on both Chris McCann and Joey O'Brien.

Jim Magiltion (Dundalk interim manager): "Shamrock Rovers come here on the back of a long, unbeaten run so if we can win the game, it could be the catalyst to kick our season on. There's no question about that, and there’s no getting away from that."

Stephen Bradley (Shamrock Rovers manager): "This will be a really tough game. We know Dundalk are a good side and that we'll see the best of them tomorrow night, so we've got to be ready for that." 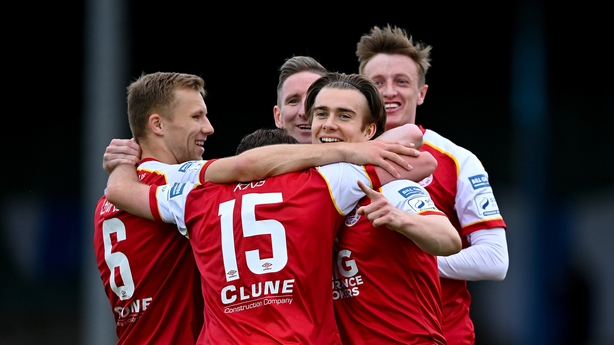 The ebb and flow nature of the league could be typified by St Patrick's Athletic being an early-season high-flyer and Bohemians far down the table, yet the last two weeks has seen the gap between the teams down to just seven points.

The Saints were unbeaten in nine games but back to back defeats to Shamrock Rovers and Drogheda United have knocked them back somewhat.

Bohs are on the up after finally find consistency, and were comfortable last week in Longford. This is a tough one to call.

St Patrick's Athletic: Cian Kelly (foot) remains out, Darragh Burns and Jay McClelland (both knee) have missed the last two games but could be available.

Bohemians: Bohs again look set to be without the services of the injured Stephen Mallon but have no new injury concerns.

"I've been down on the sideline and there has been a right tempo to the games and Dalymount was no different when we played Bohs early in the season and Friday will be no different again." 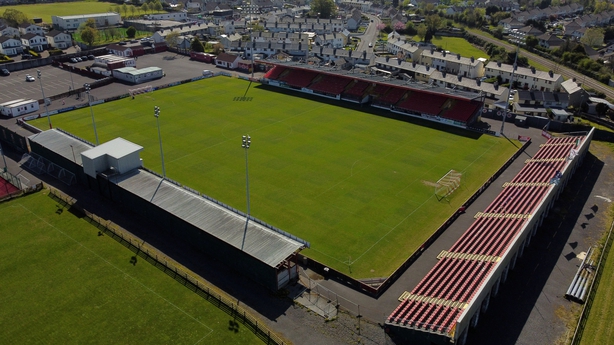 Sligo Rovers go into this game with the rare chance to win two games in 36 hours.

The Bit O' Red were awarded a 3-0 victory over Waterford yesterday afternoon and now face Town knowing they are second in the Premier Division table.

After a week off, which manager Liam Buckley said was needed due to a tough schedule on their squad, Sligo should be refreshed going into this encounter.

After a bright opening, Longford have earned just three points in the last nine games. However the signs have been better with a draw at home to Dundalk before heartbreak when winning in stoppage-time in Derry.

Bohs were too much to handle last week and many will expect Sligo to kick on further here.

Sligo Rovers Greg Bolger serves a one-game ban. Garry Buckley's red card in Oriel Park was served in the Waterford game. Danny Kane will return to training in the coming days. Darren Collins also misses out this week due to a sprained ankle. David Cawley is doubtful with a groin problem and will be tested pre-game.

Liam Buckley (Sligo Rovers manager): "Since we knew the Waterford game wasn't happening we’ve been focused on this game with Longford. It was a decent result and performance in Dundalk, we came away with the win we wanted and we have to be ready for another tough game here. Longford are going to be full of energy and I think they’ve done quite well since being promoted. We have to be ready for what they will bring here because they'll be right at it as they have been all season." 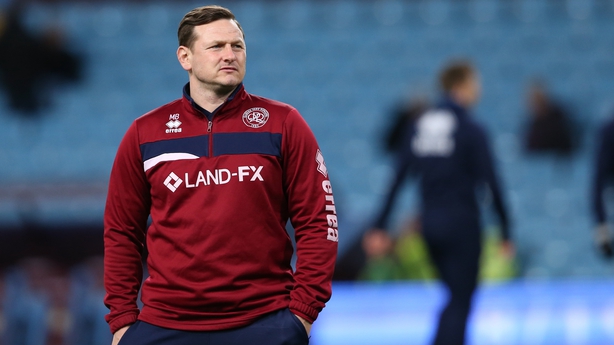 Marc Bircham takes charge of Waterford for the first. Another recognisable name from England is in the hot seat at the RSC and he has a task on his hands to get up the table after a very challenging few weeks for the Blues.

Covid-19 cases, a heavy defeat, training ground disputes, forfeiting a match and the change of manager has all been part of it and Bircham's arrival may at least provide some a fresh start.

Ruaidhri Higgins was delighted with Derry's showing in Tallaght Stadium. The early results in his era have been largely positive, while also warning there will be ups and downs along the way as he tries to move the Candystripes up the table.

Waterford: The Blues have one played out due to Covid-19 but have not issued a squad update.

Derry City: David Parkhouse and Danny Lafferty are suspended. Marc Walsh will have a late fitness test. Joe Hodge will not feature for Derry after his loan spell was cut short due to injury.

Marc Bircham (Waterford manager): "I'd be lying if I said, 'It’s the best job in the world, I had to take it, I’d bite your hand off’. Waterford are bottom. But I’m a positive person. I’m enthusiastic and I looked at it and thought, ‘I can make them better’. I’ve done my homework."

Ruaidhri Higgins (Derry City manager): "David and Danny are out so we've had to plan for that. Waterford have been to the Brandywell and won already this season, so we know they’re dangerous. We have to go there and be positive, but we’ll have to work for anything we get. It’s far too early to be looking at tables because a lot can change over the next five months. We’ve prepared right for the match and have to go and try to get three points just as we always do." 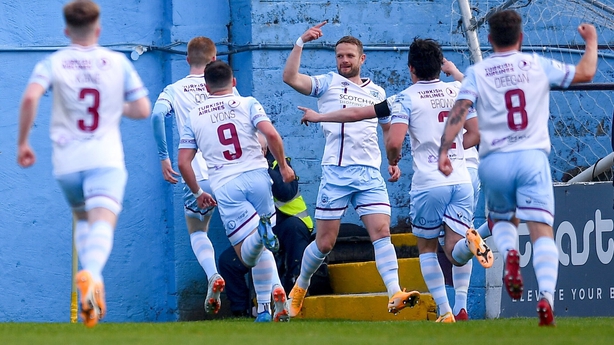 Drogheda United are the surprise story of the season, with the 3-1 success over St Patrick's Athletic last week really catching the eye.

Thought may soon turn to just how high they can finish this season with fourth place now secured.

Indeed tonight's opponent Harps were occupying that role for the last number of weeks and as sides below begin to improve, a very exciting second quarter of season should be on the cards.

Both will be aware that as well as they have done so far, the relegation places are still just nine and 10 points away. This game is a chance to open up more daylight.

Finn Harps: Ryan Connolly, Adam Foley, Sean Boyd, Stephen Folan, Johnny Dunleavy and Kosovar Sadiki are all doubts for Ollie Horgan who will watch this one from the stands as he serves the second game of a three-match ban.