Tottenham's European hopes were dealt a huge blow as their final Premier League home game of the season ended in a dispiriting defeat by Aston Villa.

Striker Harry Kane's uncertain future at the club has left Tottenham fans wearing a frown in the past week but the 10,000 fans back inside Tottenham's stadium were buoyed when Steven Bergwijn gave them an eighth-minute lead with a powerful finish.

Just like Tottenham's season, however, optimism quickly faded after Sergio Reguilon's horrible sliced own goal after 20 minutes gifted Villa an equaliser out of the blue.

Another Reguilon mistake allowed Ollie Watkins to fire Villa ahead and Tottenham's confidence drained away with the visitors squandering opportunities to increase their lead.

After months without being allowed into the stadium, Tottenham fans chanted against club chairman Daniel Levy and booed their team off at half-time. 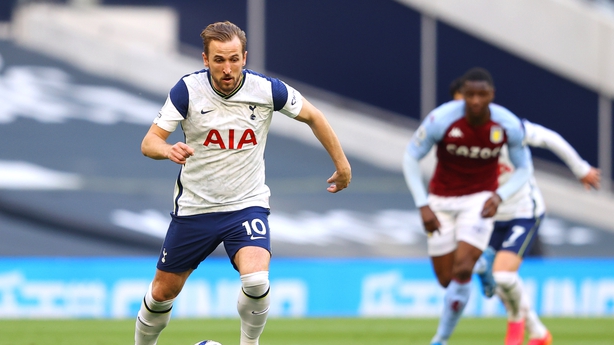 Kane, in what could be his final home game for the club, was a subdued figure although he did force Emiliano Martinez into a second-half save while Gareth Bale came off the bench to try to liven up Tottenham's attack.

Villa were worthy winners, though, and wasted several good chances while substitute Carney Chukwuemeka hit the base of the post in stoppage time.

Tottenham, who face a tough final game away at Leicester City on Sunday, are on 59 points in sixth place