The defending champions, held 1-1 by Ukraine in Paris last Wednesday, scored both goals in the first half through Ousmane Dembele and Sergiy Maliy's headed own goal.

Manchester United striker Anthony Martial was withdrawn after receiving treatment for an injury in the second half and Kylian Mbappe saw his 75th-minute penalty saved.

Harry Kane ended his international goal drought as England won 2-0 against Albania in Tirana to go top of Group I.

Kane headed his first England goal since November 2019 from Luke Shaw’s cross shortly before half-time and later set up Mason Mount for his impressive finish just past the hour-mark.

Kane struck the underside of the crossbar with a shot before the break and Phil Foden’s effort was turned on to a post early in the second period. 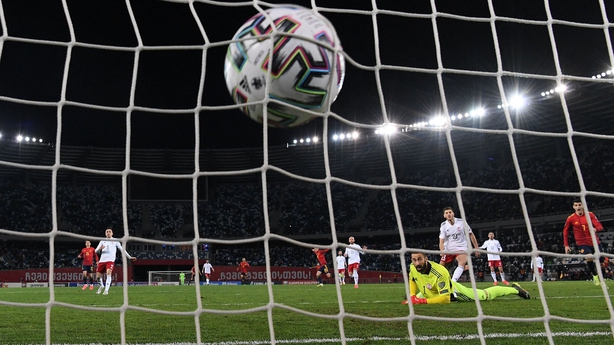 Olmo struck in the second minute of added time after Ferran Torres had cancelled out Khvicha Kvaratskhelia’s first-half opener for Georgia early in the second period.

Spain have four points from their opening two qualifiers after drawing 1-1 in Greece on Thursday.

The Danes, who won 2-0 in Israel on Thursday, led 5-0 at half-time thanks to Kasper Dolberg’s penalty, Mikkel Damsgaard’s brace, Jens Stryger Larsen and Mathias Jensen.

Dolberg’s headed home Denmark’s sixth early in the second period, Robert Skov made it 7-0 and Marcus Ingvartsen completed the rout in the closing stages.

Armenia won 2-0 in Yerevan against Iceland to secure back-to-back wins in Group J.

Second-half goals from Tigran Barseghyan and Khoren Bayramyan made it six points from two matches for Armenia, who won 1-0 in Liechtenstein on Thursday. 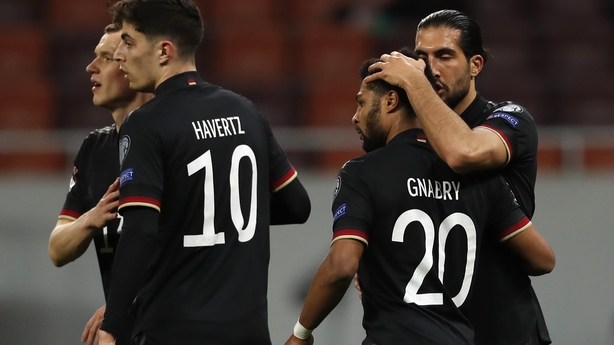 Germany maintained their perfect start in qualifying after an early Serge Gnabry goal gave them a 1-0 win over Romania in Group J although they missed a string of chances against the home side.

The result left the Germans top of the group on six points from two games ahead of Armenia on goal difference before their next match at home to North Macedonia, who hammered Lichtenstein 5-0, on Wednesday.

The Germans also kept a second successive clean sheet after Thursday's 3-0 home win over Iceland but could have been punished for their profligacy as Romania midfielder Nicolae Stanciu missed a 90th-minute sitter.

Italy's Andrea Belotti and Manuel Locatelli secured a 2-0 win over Bulgaria on Sunday to make it two wins from two in Group C at the start of their side's campaign. 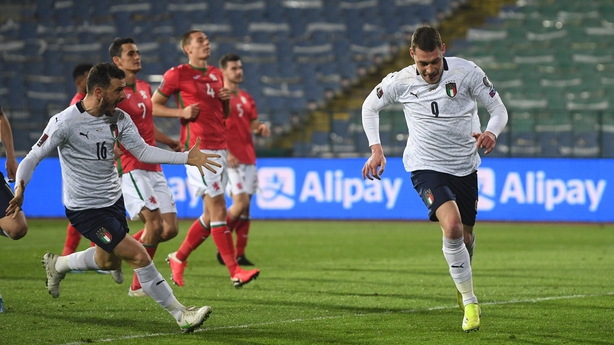 Italy struggled to break down the hosts in the first half despite dominating possession but took the lead with a penalty won and converted by Belotti two minutes before the break.

There were few second-half chances but the visitors put the seal on a fifth successive win - without conceding in that run - eight minutes from time thanks to Locatelli's fine finish.

Italy will aim to continue their 100% start on Wednesday when they travel to Lithuania, while Bulgaria, who have now lost their first two matches, visit Northern Ireland next.