Manchester City struck three times in the last 10 minutes to beat Wolves and secure their 21st consecutive victory in all competitions.

The Premier League leaders were unexpectedly pegged back by a Conor Coady equaliser after opening the scoring through Leander Dendoncker's own goal at the Etihad Stadium.

Pep Guardiola's side upped the tempo in the closing stages and reclaimed the lead when Gabriel Jesus fired home 10 minutes from time.

Riyad Mahrez added another in the last minute and Jesus put gloss on the scoreline with a fourth with the last kick of the game.

The result extended City's lead at the top of the table to 15 points and prolonged their extraordinary winning sequence, which is already a record for an English top-flight side. 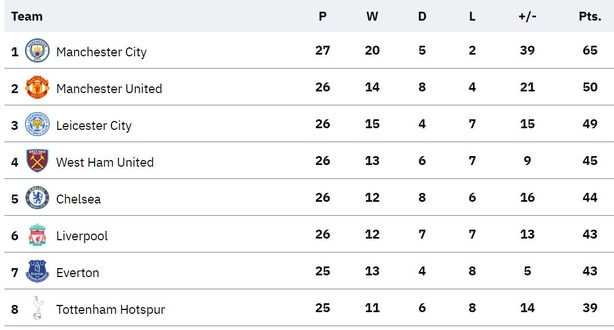 They are now only two short of equalling Bayern Munich's record 23 successive wins for a top-flight from any of Europe's recognised 'top five' leagues and six behind Welsh side TNS' world record.

It was a victory that was thoroughly deserved, although Wolves gave them a scare in the second half.

City had a chance to take the lead in just the second minute as Raheem Sterling went through on goal but Rui Patricio rushed to smother his attempted shot.

As has become typical throughout their winning run, City dominated possession and patiently looked to carve out openings.

Kevin De Bruyne had their next opportunity with a shot that was deflected over and it came as no surprise when the hosts claimed the lead after 15 minutes.

Rodri took out most of the defence by playing in Mahrez with a superb ball over the top and his cut-back looked to have presented Sterling with a tap-in.

It did not reach the England forward as Dendoncker made a desperate lunge to deny him but he succeeded only in turning the ball into his own net. 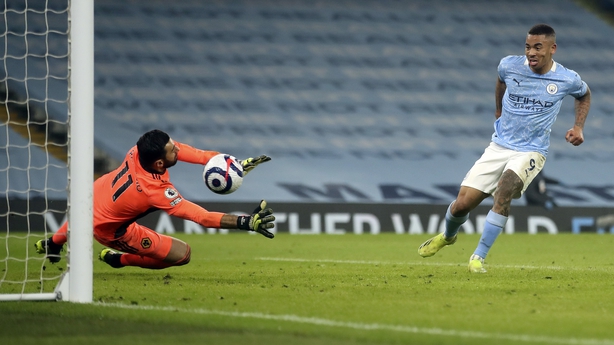 Surprisingly, for all their dominance, City did not have another clear-cut chance until just before the interval, a wayward effort from De Bruyne aside.

City thought they had doubled their lead when Aymeric Laporte put the ball into the net in the final minute of the first half but a flag was raised for offside.

The France defender had been onside when Mahrez delivered the initial cross but was adjudged to have drifted marginally offside by the time Bernardo Silva flicked on at the near post.

City looked to step up the tempo, with Silva forcing a save from Patricio with a header in the last action of the first half and De Bruyne testing him after the restart following a nice backheel from Sterling. Mahrez was the next to try his luck but again Patricio saved.

The value of those saves became evident as Wolves snatched an equaliser against all expectations just after the hour.

Joao Moutinho clipped a free-kick into the area and City misread the situation, allowing Coady to stoop and guide a header just inside the post with his side's first touch inside the home penalty area. 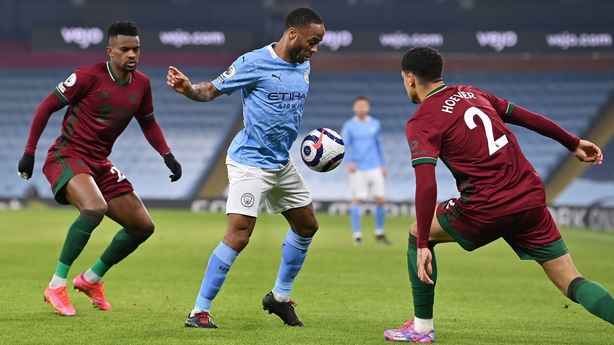 City were stunned and were almost caught out again as Adama Traore twice aimed shots but failed to hit the target.

City stepped up again, with De Bruyne firing at Patricio and Sterling flicking an effort narrowly wide from a low ball into the area by Mahrez.

Sterling then curled one narrowly wide before pressure finally paid off with 10 minutes remaining as Wolves failed to cut out a Kyle Walker cross. Jesus turned and smashed home from six yards.

Mahrez made the result certain in the final minute before Jesus pounced for his second deep into injury time.