When Stephen Kenny was named Ireland manager, the new man in charge described the position as a dream job.

However, three months on from his competitive debut, the former Dundalk boss must be wondering whether he has been handed a poisoned chalice.

Promised the job on the same day that Mick McCarthy was named as the new Ireland manager in November 2018, and with just the Under-21 side to keep him occupied, Kenny was an interested spectator as Ireland attempted to qualify for Euro 2020.

But the team failed to get out of their group as McCarthy’s side were unable to record a significant victory, despite taking points from both Switzerland and Denmark, who progressed.

McCarthy was handed a lifeline with the prospect of taking his side through the Euro back-door, but that was swiftly snatched from his grasp as the coronavirus wreaked havoc, leading to the postponement of both the play-offs and the actual tournament.

By April, and with no sign of a play-off in sight amidst the Covid crisis McCarthy stepped down before the end of his contract in the summer, and Kenny fulfilled his dream.

The Dubliner would have to wait five months until September before he got to work with his squad, and was then thrown in at the deep end with competitive UEFA Nations League games, where the priority was to get a team ready for the now rescheduled Euro play-off in Bratislava the following month. 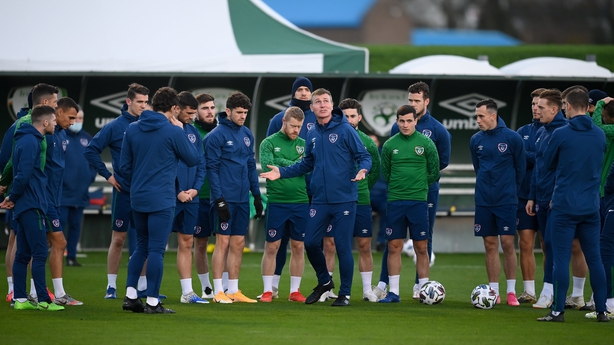 An away draw in Bulgaria and a narrow home defeat to Finland in his opening two games, Kenny’s side played with confidence and style, as the team looked to implement the new manager’s ball-playing philosophy.

This new-look side lacked a cutting edge in the final third but the reaction from the players was positive and the naysayers, who were loathe to give the new man a chance, were somewhat silenced.

But then, in the hours ahead of the vital clash with Slovakia, the Covid crisis really kicked into overdrive and key players were ruled out, while the team’s preparations were severely thrown into jeopardy.

Nevertheless, a fine performance in Bratislava with chances to win the game inside 90 minutes as well as in extra time, Ireland's Euro dream ended on the wrong side of a penalty shootout.

By the time the new manager was able to call time on the 2020 calendar, things had continued to spiral downwards, as Ireland failed to either register a win or score a goal in their remaining matches, which left Kenny with an unenviable record of played eight, won none, drawn three, and lost five.

Searching for positives, the manager would take heart from the point gained in the final game of the year at home to Bulgaria, where Ireland avoided relegation from League B of the Nations League.

Yet once the football was put away for the year and the manager could start to look forward to the World Cup draw and take a well-earned break following three months of mayhem, Kenny had to deal with the most bizarre chapter of Video-gate. 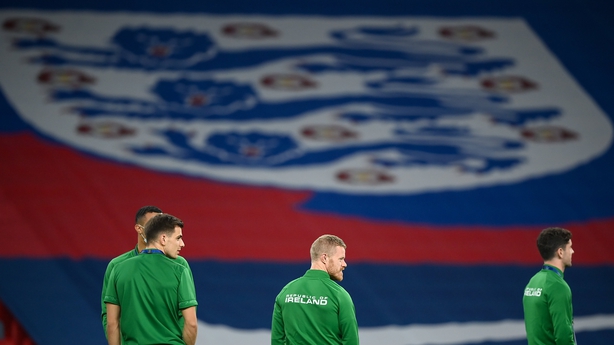 Looking ahead to 2021, Kenny is tasked at qualifying for the World Cup in Qatar, and in terms of delivering the objective, again the new manager appears to have drawn the short straw.

Twenty-four teams qualified for Euro 2020, while only 13 European places are on offer for the upcoming World Cup, which essentially reduces Kenny’s chances by almost 50%.

As World Cup qualifying draws go, Ireland have been given a fighting chance, matched with Portugal and Serbia as the two higher ranked sides, but with only one team automatically reaching the World Cup, Ireland’s most realistic path, if any, will be through the play-offs, which are far from straightforward.

WIth the ten group winners going through, the remaining three places will be decided via the play-offs, much akin to the recent Euro 2020 format, where Ireland went down to Slovakia in the semi-finals.

Ahead of that first World Cup game in March, the new manager’s record, on paper, does not look too convincing with just one goal scored in eight games, including those five aforementioned defeats.

Despite the results, however, there have been a lot of positives to build the manager’s confidence going into the World Cup campaign.

And one of the real benefits for the year ahead came as a result of the crisis that caused so much confusion over the games in October and November.

The coronavirus forced the manager to dip into the Under-21 squad, as well as raid the reserve list to make up the numbers for several Nations League games.

And as a result, many played their way into contention for places in the manager’s starting XI for that first qualifier against Serbia on 24 March.

Players like Daryl Horgan were all but forgotten on the international front over the past couple of years. However, the Wycombe Wanderers man, who previously played under Kenny at Dundalk, injected life into the attack on the right flank.

Jason Knight and Dara O’Shea stepped up from the Under-21s and looked immediately comfortable at this level, and the duo probably looked a lot more at ease playing the manager’s preferred way compared to some of the stalwarts of the squad, who will now have real competition for places.

And the same can be said for Jayson Molumby who played a lot of minutes in the green jersey throughout the autumn despite not getting a lot of club time back at Brighton.

Molumby spent last season on loan at Millwall and has only made one Premier League appearance this season, coming on as an 89th-minute sub against Aston Villa.

The Waterford native has been in the recent matchday squads and should he break through into Graham Potter’s side in the New Year, or more likely, procure a loan move away from the south coast and get a run of first-team football, he will surely command a starting spot in the heart of the Ireland midfield.

Young players like Aaron Connolly and Adam Idah are already established as part of Kenny’s preferred first-choice squad while Caoimhin Kelleher has also been involved, but now with his recent form for Liverpool, will be a real consideration for the number one jersey.

In total, ten new players have been introduced to the senior set-up by the manager, which has created the ideal situation of true competition for places, and every member of the squad and those on the periphery will know that starting spots are available, and club form is likely to dictate.

All eyes will be on that opening night in Belgrade when Kenny’s side will look to start the qualifying campaign on a positive note away to Serbia.

And the manager rightly believes that the squad should be stronger than ever for that opening encounter with Covid issues hopefully consigned to the annus horribilis of 2020, while the return of several senior players, combined with that injection of youth should see the manager’s philosophy working at its optimum level. 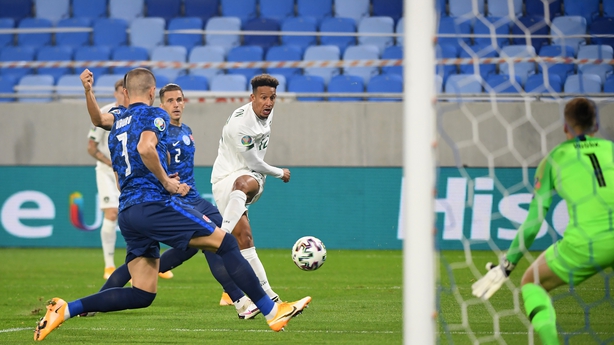 Kenny will surely take the same approach to that away game in Serbia as he did in Slovakia, to show that his side are capable of going to such places, dictating play and looking for a victory, while playing controlled, attacking and possession-based football.

Should the team come back with a result and get the expected three points at home to Luxembourg three days later (27 March), it will put Ireland in a strong position to go to Portugal in September looking to make this group competitive.

And if the team do enjoy a successful, controversy-free March, the onus may then turn to the FAI to really back the new approach to the international game and fully support the manager with a contract to run through to the 2024 European Championships, where Ireland will stand a much better chance of qualification.

The new man in charge was put through the wringer in his opening three months in the top job in the country, and he came out of it, for the large part, in a positive light, despite "people behind the scenes or elsewhere who want to cause problems for the team or don't have the best interests of the team", as he suggested following the Video-gate debacle after the Wembley game.

Kenny has done some stellar work selling his new approach to the squad, the media, and the Irish footballing community. He has been broadly embraced; a similar show of support from the decision makers could potentially provide the glue to keep all parts in place and build a platform for the talented generation coming through.