Jordan Jones and George Edmundson have apologised to the Rangers support for the Covid-19 breach that has landed them both hefty seven-game bans.

The Ibrox pair are unlikely to play again this year after being punished for breaking strict government guidelines when they attended an illegal house party earlier this month.

Northern Ireland winger Jones, 26, and 23-year-old English defender Edmundson were given two-week club suspensions after Rangers bosses learned of the incident, while they were also issued with fixed penalties by police officers called out to break up the early-hours get-together in a flat in Glasgow's west end.

Now the lengthy suspensions dished out by a Scottish Football Association disciplinary panel will mean the duo will not be free to return to domestic action for Steven Gerrard's team until after Christmas.

As thing stand Jones and Edmundson, who are ineligible for Europa League squad after being omitted from Gerrard's European squad, will not be available for action until the clash with St Mirren on 30 December.

That could be brought forward to the 26 December clash with Hibernian, however, if Gers see off League One side Falkirk to seal a place in the Betfred Cup quarter-finals, scheduled for 16-17 December.

But even then both players face an uphill struggle to win over their manager and furious fans, who believe they both put attempts to end Celtic's reign of dominance in jeopardy with their antics.

They have, though, taken the first step by issuing statements saying sorry to the Light Blues faithful.

Jones said: "I acknowledge that my actions have fallen well short of the standard expected at Rangers Football Club. I am sorry to the fans, the club and my team-mates for causing this situation, it won't happen again." 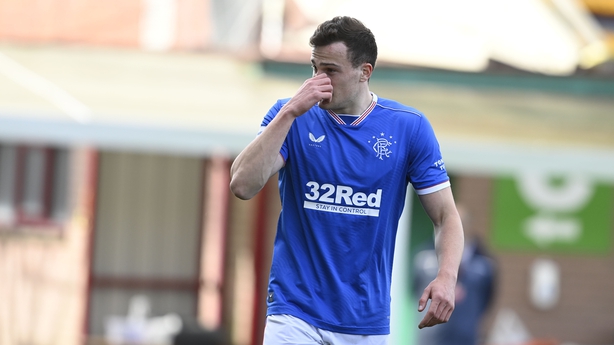 And Edmundson, pictured above, added: "I apologise unreservedly to the Rangers fans for my actions. I have assured the manager, club and my team-mates that these actions won't be repeated, and I have learned from my mistake."

Jones' part in this latest incident comes after he spent much of last season out of action with a knee injury sustained while he got himself sent off for a reckless challenge on Celtic's Moritz Bauer in the opening Old Firm clash of the campaign.

Edmundson, meanwhile, has struggled to force his way past the likes of Connor Goldson, Filip Helander and Leon Balogun to claim a regular spot in his manager's line-up.

The party took place just hours after Rangers had beaten Kilmarnock at Rugby Park on November 1. Neither player was involved in the game but they were both due to report to training the following day.

However, they were ordered to stay away from the club's Auchenhowie base after Ibrox bosses were informed of the illegal gathering.

Under Scottish Government coronavirus rules that are still in place, residents of Glasgow are prohibited from socialising indoors with those from another household.

Officers called out to break up the party discovered the Rangers duo and a number of other revellers inside the plush apartment. 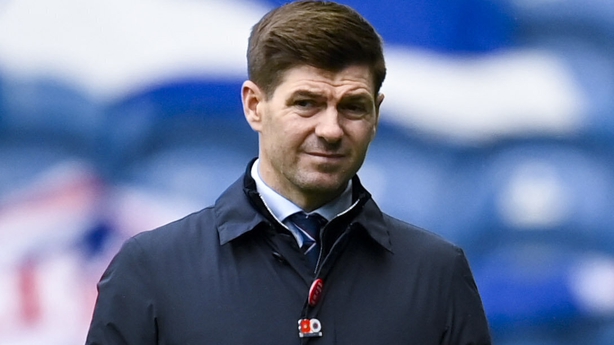 Gerrard later hit out at both players, telling them that they had "badly let down their team-mates and the supporters of the club" with their actions, while Jones was left out of the Northern Ireland squad for last week's Euro 2020 play-off with Slovakia.

The SFA took action after issuing notices of complaint which accused the players of breaching the governing body's disciplinary rules 24 and 77, which cover requirements to comply with Covid rules and the failure to act in the best interests of the game.

Ibrox chiefs also issued a statement, saying: "Rangers accepts the outcome of the SFA judicial panel which has demonstrated the seriousness with which covid protocol breaches will be dealt with. This penalty is a reminder to all of the expectations upon football.

"Football is in a privileged position and we recognise the responsibility that we all must uphold within the national sport. The outcome of today's hearing brings the standard and expectations set by the SFA into sharp focus."