Liverpool manager Jurgen Klopp cannot understand the criticism Mohamed Salah has received for the incident in which he won a penalty in Saturday's victory over West Ham.

Hammers boss David Moyes labelled the Egypt international's fall under a tackle from Arthur Masuaku a "dive" despite the defender making contact.

Salah picked himself up to slot home the spot-kick and equalise just before half-time and that allowed Liverpool to go on and win to extend their unbeaten home league run to a record-equalling 63 matches.

There has been criticism of Salah's actions from several pundits, ex-players and media commentators over the weekend but Klopp was at a loss to explain it.

Asked if he understood the general reaction the Reds boss said: "No. I don't know what people need.

"What can I say? It was a foul. Pretty much everyone who saw the situation thought it (was a foul).

"Believe it or not, I spoke to Mo yesterday morning about how he feels. He has exactly three proper knocks on the foot. One of them is from the penalty situation. 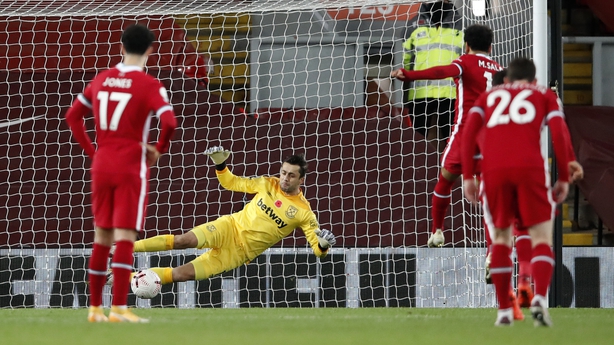 "That's how it is. There is a knock, you go down or not, whatever. Sometimes the refs give it.

"We don't talk too long about all the penalties we don't get, to be honest but obviously now two days after the game, we are talking about that - and there was clear contact.

"So what can I say? No. I don't understand the criticism."

Undeterred by the accusations being levelled against him Salah will be looking to add to his eight goals in 11 appearances this season against Atalanta in Bergamo on Tuesday.

Liverpool are top of Champions League Group D with six points from their opening two matches and a third successive victory would go a long way to propelling them towards the knockout stages.

They could be boosted by the return of central defender Joel Matip, who trained ahead of the game having missed the last four matches through injury.

The 29-year-old's return to fitness would mean Klopp does not have to hand 19-year-old Rhys Williams his full Champions League debut with Virgil Van Dijk and back-up Fabinho still missing.

Naby Keita has also returned to the squad having been out for five games, although fellow midfielder Thiago Alcantara remains doubtful.

A couple of players who are pushing for contention are Diogo Jota and Xherdan Shaqiri, who have both provided important interventions in the last couple of weeks.

Summer signing Jota is challenging for Roberto Firmino's starting berth after three goals in as many games, two of which were winners and the other the important breakthrough against a determined Midtjylland side last week at Anfield. 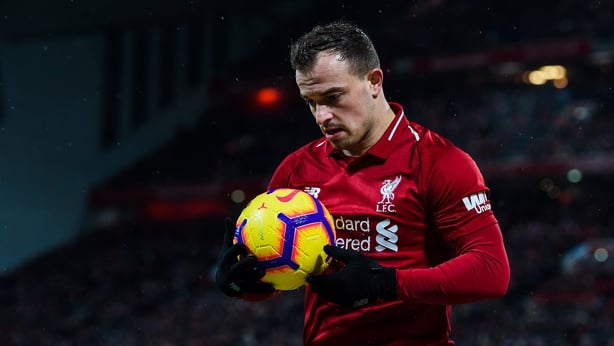 Somewhat unexpectedly Shaqiri, who managed just 265 minutes of football last season because of injuries and appeared to be destined for a summer exit, has had a re-emergence.

Deployed in a midfield role rather than on the wing the Switzerland international has played a key role in Jota's last two goals.

"Shaq can play the wing, he has everything for that, but he is a versatile, offensive player and he played for us as an eight, wing and no 10," said Klopp.

"Yes he was not involved (last season)... it is not like we wanted to keep him out of the team but sometimes players have a bad run with injuries.

"But the calf makes no problems now and everything is fine, which is good for him and even better for us because we missed him last year in a lot of moments.

"He is a really good player and made a massive impact in pretty much all of the games he has played and was part of the biggest games (he played in the famous semi-final comeback against Barcelona) in our common history so we are just happy to have him back." 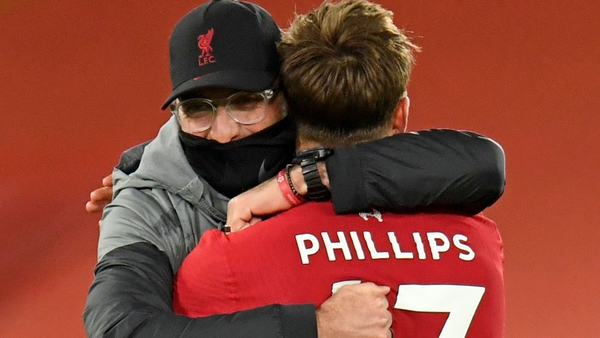 Klopp expresses delight with Pool's men of the moment