Portugal kept their noses in front of France at the top of Nations League Group A3 after the two sides played out a goalless draw in Paris.

Despite the scoreline both sides created plenty of chances at Stade de France, where defences came out on top.

Paul Pogba, Antoine Griezmann and Kylian Mbappe had France's best chances and Nelson Semedo went close for the visitors in the first half, while Cristiano Ronaldo saw a stoppage-time effort well saved by Hugo Lloris.

Both sides are on seven points, four ahead of Croatia, who secured their first group win, 2-1 against Sweden in Zagreb, thanks to Andrej Kramaric’s late goal.

England moved top of Group A2 after hitting back to beat Belgium 2-1 at Wembley. 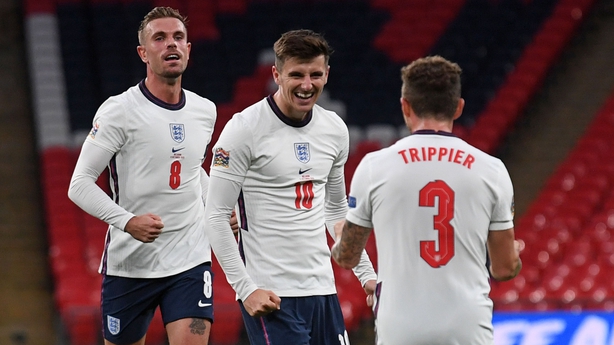 Victory takes England above Roberto Martinez’s side in the table before Wednesday’s match against Denmark, who were 3-0 winners in Iceland.

Runar Mar Sigurjonsson’s own goal opened the scoring before goals from Christian Eriksen and Robert Skov settled the contest.

Italy remain top of Group A1 following a goalless draw against Poland in Gdansk, while The Netherlands, in second-place, are a point behind after they too were held 0-0, by Bosnia and Herzegovina in Zenica.

Republic of Ireland, who lost five more players due to Covid-19 protocols, were held to a goalless draw by Group B4 rivals Wales in Dublin.

The Welsh sit top of the group, one point above Finland, who beat Bulgaria 2-0 in Helsinki thanks to second-half goals from Robert Taylor and Fredrik Jensen.

Northern Ireland slipped to a 1-0 defeat at Windsor Park to Austria, who moved to the top of Group B1 thanks to Michael Gregoritsch’s header just before half-time.

Erling Haaland scored his first international hat-trick as Norway coasted to a 4-0 win against Romania in Oslo to climb up to second place. 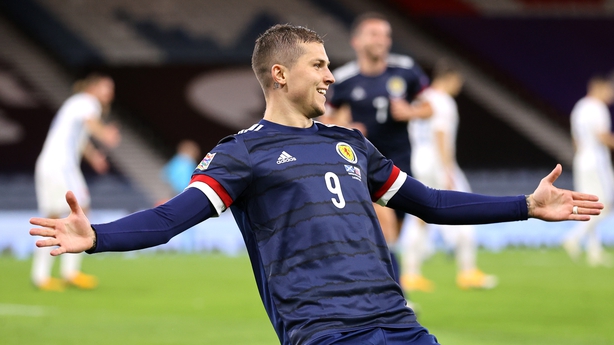 QPR forward Lyndon Dykes scored the only goal in Scotland’s 1-0 win against Slovakia at Hampden Park to keep his side top of Group B2.

Czech Republic are a point behind the Scots in second after winning 2-1 in Israel.

Joel Abu Hanna’s own goal and Matej Vydra put the Czechs 2-0 up and they held on after Eran Zahavi struck for Israel soon after the interval.

Russia were held 1-1 by Turkey in Moscow but stay top of Group B3, one point ahead of Hungary, who won 1-0 in Serbia.

Kenan Karaman earned Turkey a point after Anton Miranchuk had given Russia a half-time lead, while Hungary’s Norbert Konyves fired the only goal in Belgrade.

North Macedonia sit top of Group C2 on goals scored after fighting back from 3-1 down to draw 3-3 in Estonia.

Marten Kuusk’s own goal put the visitors ahead before Rauno Sappinen’s double either side of the interval and Frank Liivak’s penalty put Estonia in control.

But Goran Pandev and Gjoko Zajkov scored for North Macedonia in the final 10 minutes to keep them above Georgia, who drew 2-2 against Armenia.

Armenia, hosting the game in Poland due to the ongoing hostilities in Nagorno Karabakh, snatched a late equaliser through Henrikh Mkhitaryan’s penalty.

Greece beat 10-man Moldova 2-0 in Athens to stay top of Group C3 thanks to Anastasios Bakasetas’s first-half penalty and a Petros Mantalos goal.

Moldova defender Veaceslav Posmac was shown a straight red card when conceding the penalty for his challenge on Vangelis Pavlidis.

Slovenia are level on points with Greece after Haris Vuckic’s first-half goal secured them a 1-0 win in Kosovo.

Kazakhstan and Albania remain joint top of Group C4 after playing out a 0-0 stalemate in Almaty, but only on goal difference after Lithuania drew 2-2 against Belarus.

Vitali Lisakovich with a second-half penalty and Aleksandr Sachivko put Belarus in front in Vilnius after Arvydas Novikovas’ early opener for Lithuania, who levelled through Karolis Laukzemis. All four teams are on four points.