Arsenal and Celtic questioned self-isolation rules for their players after Stuart Armstrong's positive test for coronavirus ruled him and team-mates Kieran Tierney and Ryan Christie out of Scotland's crucial Euro 2020 play-off semi-final against Israel on Thursday.

The Scottish Football Association (SFA) said on advice from the Lothian Health Protection Team, Arsenal defender Tierney and Celtic midfielder Christie would be forced to self-isolate for 14 days after being in close contact with Southampton's Armstrong, who would be quarantined for 10 days.

All three will also miss Scotland's Nations League clashes with Slovakia and the Czech Republic.

On top of that Tierney would be absent for Arsenal's trip to Manchester City in the Premier League on 17 October, while Christie would miss the first Old Firm game for 10 months against Rangers the same day in the Scottish Premiership.

"Our medical team have confirmed that Kieran was socially distant at all times from the player who tested positive and has broken no rules regarding Covid-19 protocols," Arsenal said in a statement. "We are currently seeking further advice and clarification of the details.

Celtic also issued a statement saying: "Celtic confirmed today that it aims to open dialogue with the Scottish Government and other authorities to fully understand the self-isolation procedures for those players who continue to deliver negative test results, as Ryan has."

Tierney and Christie also expressed their frustration at the measures.

"I'm so disappointed and frustrated to be in this situation. I have adhered to all regulations and made sure I was socially distancing from my team mates in the hotel. I've also tested negative," said Tierney.

In Celtic's statement, Christie added: "I am so disappointed by the events of today and the potential effects this could have on my country and club

"As I have operated within these protocols for such a long time now, I am well aware of all the rules and social distancing from team mates has become the norm and something I have observed.

"The situation is very frustrating, particularly as I don't believe I have done anything wrong." 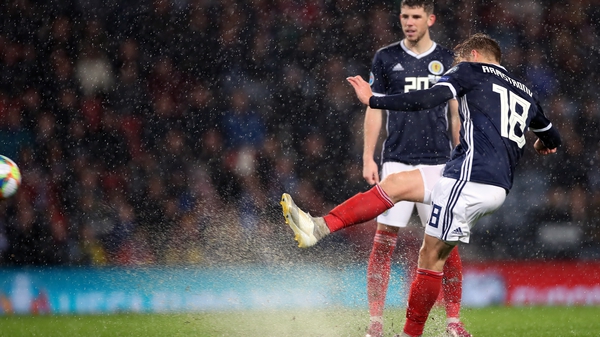