Barcelona have announced that they have created a committee in order to ascertain whether or not they are required to hold a vote of no confidence against the current board and its president Josep Bartomeu.

Earlier this month 'Mes que una mocio' (More than a motion), a group of members supported by candidates for next year's presidential election, gathered over 20,000 members' signatures in order to set up the vote.

"In guidelines with the Club's Statutes, a Committee for the Vote of No Confidence, formed by two members of the club's board, the first two members who signed the petition and a delegate from the Catalan Football Federation has been created," a club statement said on Monday.

"They will meet on Tuesday 29 September at 9:30am, and in a maximum of 10 days will check that the motion meets the requirements to hold a vote, especially regarding whether it is filed for the right reasons and the support of the required number of members."

Should the committee not find anything untoward, the board will be required to make the arrangements for the vote of no confidence to take place between 10 and 20 days after the announcement.

If the requirements to hold a vote are not met, the motion will be rejected. 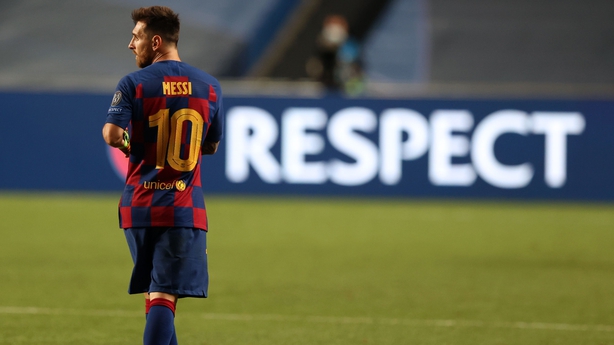 The cries for a vote of no confidence came about in the aftermath of talisman Lionel Messi requesting a transfer in August after their humiliating exit from the Champions League, losing 8-2 to Bayern Munich in the single match quarter-final.

Fans cited a lack of sporting direction and financial mismanagement as the main reasons they want to see change.

Provided at least 16,520 votes are deemed valid by the committee, a 66.5% majority of the club's 150,000 members is required to see the current board removed.

If the motion goes ahead, Bartomeu will be the third president to face a vote of no-confidence after Josep Lluis Nunez in 1998 and Joan Laporta in 2008, with the vote failing to pass on both occasions.

Bartomeu's time as club president is coming to a close regardless of whether the vote goes ahead, as he will be unable to contest the elections that will be held in March after serving two terms.