Ole Gunnar Solskjaer led the Red Devils to three cup semi-finals and third in the Premier League during a promising first full season in the hotseat, but a lack of transfer activity has since led to growing fan discontent.

Saturday's season opener offered precious little relief from that pressure as United fell to a shock loss to Palace at an empty Old Trafford, where their former winger Zaha netted twice amid VAR drama. 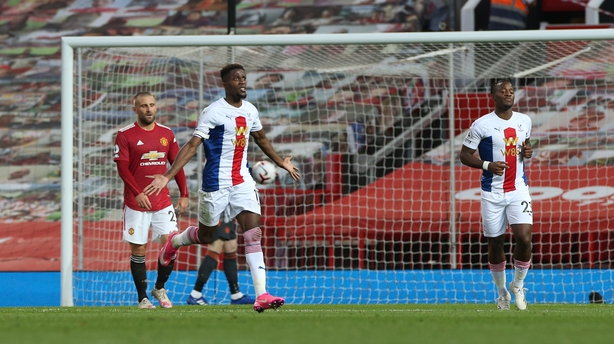 Solskjaer's side struggled throughout an evening that started with executive vice-chairman Ed Woodward saying the club had to be responsible with their resources given the challenges posed by Covid-19.

But the performance that followed only highlighted the need to improve, with Palace winning at Old Trafford for the second successive season - and few could argue with the result.

Andros Townsend capitalised on poor defending to give the Eagles an early lead that Zaha added to after a farcical period of video assistant referee intervention.

De Gea saved Jordan Ayew's spot-kick after referee Martin Atkinson had checked the pitchside monitor and adjudged Victor Lindelof to have handled, only for Palace to be granted another attempt for the United goalkeeper marginally straying off his line.

Zaha slammed home the retaken spot-kick and, having seen United debutant Donny van de Beek pull one back, fired home another as his first match in the captain's armband ended with a dream win at the place he used to call home.