Live coverage on RTÉ2 and the RTÉ Player from 12.30pm

You can follow the match with our live blog on RTÉ Sport Online and the RTÉ News app.

The top two clash in Group I

It doesn't get much tougher than this for Vera Pauw's Republic of Ireland.

With three games to go in their Euro 2022 qualification campaign, the Girls in Green are top of Group I - but they've yet to face the Germans, who've absolutely run riot so far.

Ireland have played five, won four and drawn one to sit a point ahead of Germany, who have a game in hand.

Pauw's side have given themselves every chance of at least taking second spot, which could be enough to gain automatic qualification. The nine group winners and the three best runners-up (not counting results against the sixth-placed team) qualify directly, with the remaining six runners-up heading for the play-offs.

They'll relish the opportunity to square up to one of the finest outfits around in Essen on Saturday lunchtime.

Germany have scored 31 goals and conceded none. The eight-time European Championship winners are second in the FIFA World Rankings [Pauw believes they are in fact the best team on the planet right now], while Ireland are 31st.

Germany's only defeat in their last 24 matches came against Sweden in the 2019 World Cup quarter-final.

Attempting to overcome a powerful aura

The Germans have beaten Ireland on the four other occasions they've met, most recently in September 2014.

The danger for Ireland is that they show their opponents too much respect; they are, after all, facing a side who beat Montenegro 10-0.

"We have been doing background work for the last month looking ahead at different games, so we've done a bit of work but of course we have this whole week to prepare for this game, so that's the most important thing," attacker Heather Payne said in the build-up.

Boss Pauw doesn;t need to be told how good their hosts are but she will be banking on the three members of the Ireland squad who play their club football in Germany - Diane Caldwell (SC Sand), Claire O'Riordan (MSV Duisburg), and Amber Barrett (FC Koln) - to offer some assurance.

Ireland go to Ukraine next month before finishing off with a showdown against the Germans on 1 December. 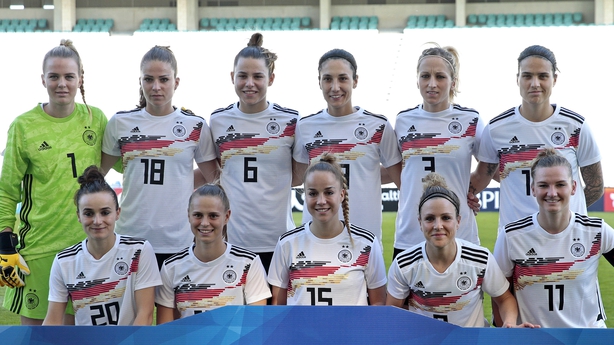 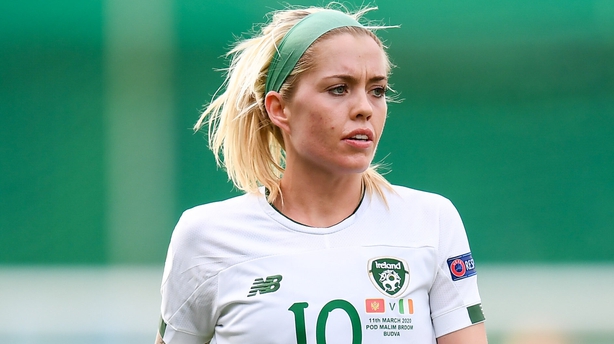 Follow the Republic of Ireland's UEFA Women's Euro 2022 qualifier against Germany this Saturday (12.30pm) on our live blog on RTÉ Sport Online and the RTÉ News app  or watch live on RTÉ2 and RTÉ Player.