Scotland were pegged back and had to settle for a 1-1 draw with Israel in their Nations League group opener at Hampden Park.

The home side broke the deadlock a minute from the break through Ryan Christie's penalty after Eitan Tibi’s foul on John McGinn, moments after a crucial save from Scotland goalkeeper David Marshall.

The second half was as hard-fought as the first, with Eran Zahavi firing in the deserved equaliser in the 73rd minute.

The League B, Group Two match was a dress rehearsal for next month’s play-off semi-final against Israel at the same venue.

Scotland’s group rivals the Czech Republic secured a 3-1 win against Slovakia in Bratislava. 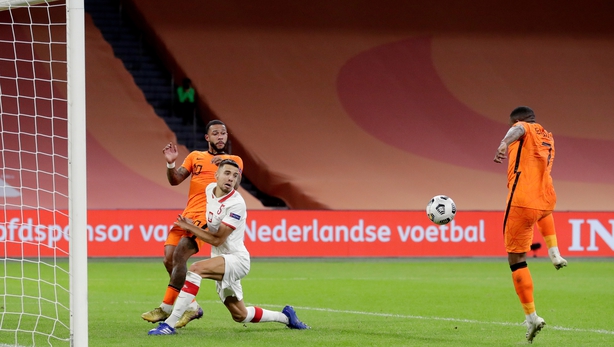 Tottenham winger Steven Bergwijn scored the only goal as the Netherlands got their campaign off to a winning start against Poland.

Group rivals Italy had to come from behind as they were held 1-1 by Bosnia-Herzegovina in Florence.

In League B, Group One, 10-man Northern Ireland rescued a 1-1 draw in Romania thanks to substitute Gavin Whyte’s late header.

George Puskas gave Romania a first-half lead but, after Josh Magennis had been sent off for his second yellow card six minutes before the break, Whyte headed an 87th-minute equaliser.

Norway slipped to a 2-1 home defeat to Austria in Oslo, with goals in either half from Michael Gregoritsch and Marcel Sabitzer putting the visitors in command.

Borussia Dortmund striker Erling Braut Haaland pulled one back for Norway midway through the second half, but it was not enough.

In League C, Group Four, Belarus were beaten 2-0 by Albania in Minsk and Kazakhstan defeated Lithuania by the same score in Vilnius.