Cork City moved off the bottom of the SSE Airtricity League Premier Division as they deservedly defeated Sligo Rovers 3-0 at Turner's Cross on Friday night.

Goals from Deshane Dalling, Kit Elliott and Ricardo Dinanga were enough to earn City the three points that sees them climb above Sligo and into eighth place in the table.

Neal Fenn made seven changes to his team that started in their hard-fought and dramatic extra-time victory against First Division Longford Town in the FAI Cup in midweek with Henry Ochieng and Cian Coleman retaining their places in midfield while Joesph Olowu and Kevin O'Connor remained in defence.

The home side started brightly and the lively Deshane Dalling blasted just over the bar from distance inside the opening minutes after his darting run created space. 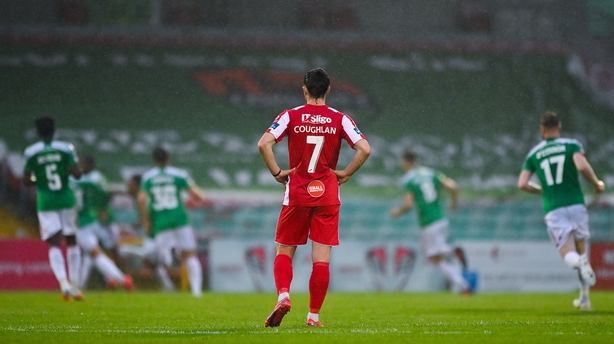 Liam Buckley made just the one alteration to his side that defeated Shelbourne 2-1 at the Showgrounds last Saturday evening with Sigitas Olberkis coming in for Will Seymore.

They threatened to score themselves in the sixth minute but Darragh Noone’s low drive from long range that skidded off the wet surface was excellently tipped wide of the far bottom left corner by Mark McNulty.

City handed debuts to Scott Fenwick and Kit Elliott and the latter - on loan from Championship side Huddersfield Town - was involved in a moment of controversy just shy of the quarter of an hour mark.

The 19-year-old skipped past his marker inside the box and just as he was looked set to shoot, he hit the deck but rather than pointing to the penalty spot the referee booked the youngster for diving.

The visitors missed a glorious chance to compound their opponent’s misery midway through the half as Ryan De Vries blasted over the target from a great position after being picked out with an incisive pass from David Cawley.

Rovers would rue missing that opportunity as Cork finally ended their long wait for a league goal on 35 thanks to a superb strike from Deshane Dalling.

The winger - on loan from Queens Park Rangers - gathered possession 25 yards from goal and drilled a powerful strike into the bottom right corner of the net for City’s first league since Alec Byrne’s winner at home to Finn Harps back on the 28th of February.

Sligo continued to battle and they twice went close to snatching an equaliser either side of the half time break but both Regan Donelon’s free and Darragh Noone’s effort failed to seriously trouble McNulty.

City squandered a brilliant chance to double their lead shortly before the hour as Cian Coleman headed Kevin O’Connor’s inswinging set-piece wide of the right post from a few yards out.

Elliott tested Ed McGinty in between the Sligo sticks moments later but the bright number 37 would get the goal that his display deserved with just 14 minutes to play.After O’Connor’s cross found him at the near post, Elliott controlled well before being fouled. 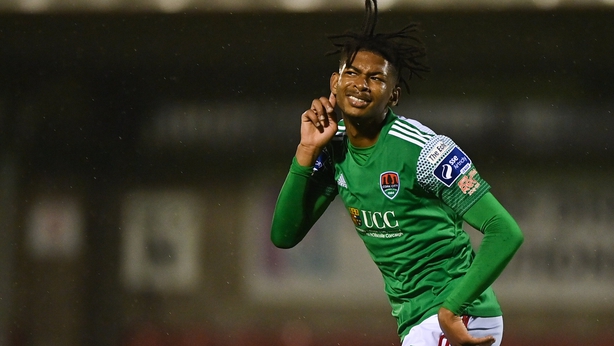 On this occasion, the referee awarded the spot-kick and Elliott took the responsibility and coolly slotted it home, sending the keeper the wrong way in the process.

And City sealed the win in injury time when Ricardo Dinanga - the hero against Longford - grabbed his second goal this week.

The youngster collected the ball from Dalling on the edge of the penalty area and fired it into the bottom right corner of the net to put the seal on a great week for himself and the club.