The Serbian missed both semi-final legs against Cardiff with a hamstring injury, but has returned to training and is available for selection on Tuesday as the Cottagers look to secure a Premier League return.

Mitrovic scored 26 times in the Championship this season, the same as Brentford's Ollie Watkins, but clinched the golden boot ahead of his local rival after playing fewer minutes.

"Aleksandar is fit so we will make our decision on him," Fulham boss Parker said.

"I have a full squad to pick from, so it is now down to me to work out the best dynamics to obviously try and win the football match."

Parker is no stranger to Wembley and captained England there eight years ago against Holland, but is proud to have taken Fulham back to the venue in his first full season as a manager.

But the former Fulham midfielder does not believe his squad will be distracted by the occasion as they look to secure promotion.

"I am excited, there is an excitement about me and I am looking forward to the game and I am very proud," Parker added.

"Of course I have been at the football club for a long time, as a player and now in my first full season of leading the club and the team to this point so I'm very proud.

"Ultimately how I look at it is very single-minded and very focused on what is ahead. It is another football match and my experiences have taught me that all the noise and everything else that comes with big games is exactly that - just noise.

"We have a real laser focus about us and understand the job at hand and what we need to do and I feel we are in a good place to do that."

Brentford's 'BMW' strike force of Said Benrahma, Bryan Mbeumo and Watkins have contributed 59 goals during the campaign, which is only five fewer than Parker's whole team were able to manage.

But the Fulham manager added: "Going forward they are a real threat, we have seen that with the front three players scoring a lot of goals so of course we understand that.

"Like I've said many times before, we concentrate on ourselves and how we can hurt and try and punish Brentford and their flaws.

"We are playing against an extremely organised team, who have done extremely well this year and there will be challenges, but I also suspect Brentford will have some challenges and hopefully they will be greater than the challenges they cause us."

In addition to promotion, bragging rights will also be up for grabs and while Fulham lost twice to Brentford this season, they did finish level on points with the Griffin Park outfit.

Parker said: "It's amazing to think we get to the 49th game of the season and it comes down to a west London derby. It probably adds a little more.

"Even as big as the game is, it is a London derby now as well so two teams who have done fantastically well this year, separated by goal difference in the league - and hopefully it will be a very good game." 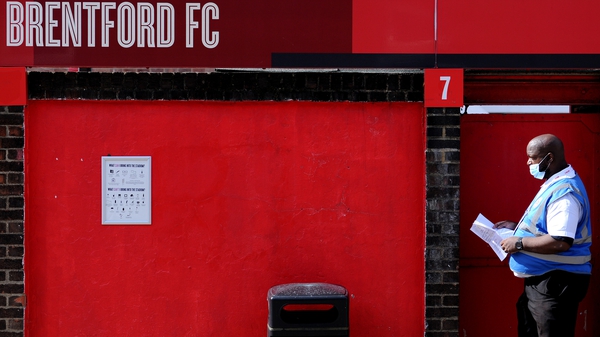