Manchester City gave Liverpool a belated reminder of their power as they thrashed their newly-crowned successors as Premier League champions 4-0 at the Etihad Stadium.

The inspirational Kevin De Bruyne began the rout from the penalty spot with Raheem Sterling and Phil Foden also on target before an Alex Oxlade-Chamberlain own goal.

It an unexpectedly crushing and sobering defeat for the Merseysiders in their first match since dethroning City and claiming their first title in 30 years last week.

Liverpool started brightly and hit a post early on through Mohamed Salah but it was almost all one-way traffic thereafter, with City making light of the 23-point difference between the sides.

After losing only one other match all season and their long-term goal achieved, Liverpool could perhaps be allowed an off-night. For City, however, with their ever-demanding manager Pep Guardiola targeting more trophies, their season is still very much alive - and it showed. 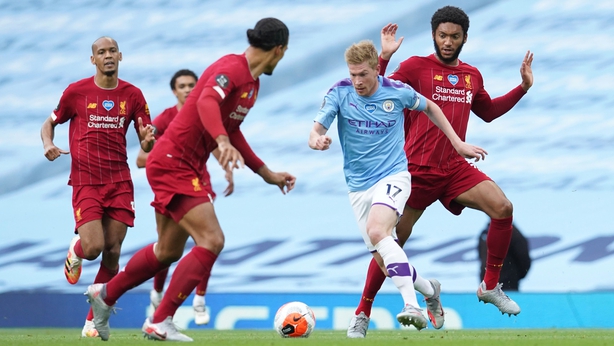 The occasion was a strange one without the raucous atmosphere that would normally be expected of such a top-of-the-table clash and City giving their visitors a guard of honour.

Yet while the game lacked the usual noise, there was still plenty of it in the early stages as a series of loud fireworks were set off outside the ground.

The game started at a lively tempo with Gabriel Jesus putting the ball in the net only to be flagged offside and Salah testing Ederson with a sharp volley.

Andrew Robertson blocked efforts from Foden and De Bruyne before Salah went close to opening the scoring with a low shot against a post on 20 minutes. 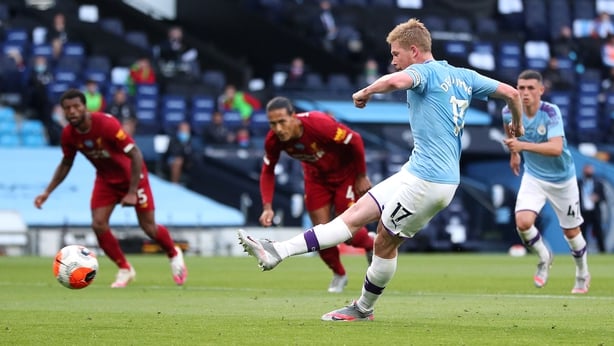 That was as good as it got for Liverpool as City took charge after Joe Gomez was penalised for bringing down Sterling. The pair had clashed when the sides met at Anfield in November - with ill feeling spilling over into the England camp - and this time Gomez grabbed Sterling as he tried to wriggle through the area.

Sterling doubled the lead 10 minutes later following another swift break sparked by De Bruyne. Foden picked out Sterling with a fine pass and his first touch wrong-footed Gomez, creating the space to clip past Alisson.

By now City had the bit between their teeth and they claimed a brilliant third before the break with a slick one-touch passing move. It concluded when De Bruyne flicked a Foden pass back into the 20-year-old's path and he finished powerfully. 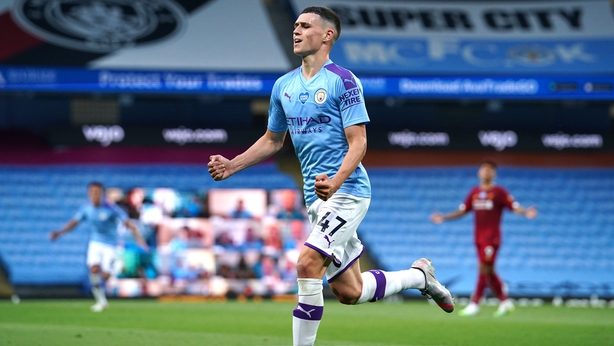 City showed no signs of easing up after the break but Jesus fluffed a good chance and Sterling had another effort deflected wide before Virgil Van Dijk cleared off the line from Foden.

Liverpool briefly threatened when Sadio Mane won a foul on the edge of the area after a push by Kyle Walker. VAR did check for a possible penalty but it was given as a free-kick and Trent Alexander-Arnold shot wide.

It was only a brief interruption to City's flow, with the fourth goal coming on 66 minutes when De Bruyne again broke upfield and picked out an unmarked Sterling in the area. Again Sterling did everything right and looked to have claimed his second of the night although the final touch came off Oxlade-Chamberlain.

Riyad Mahrez thought he had claimed a fifth for City in stoppage time but his strike was ruled out for handball by Foden. 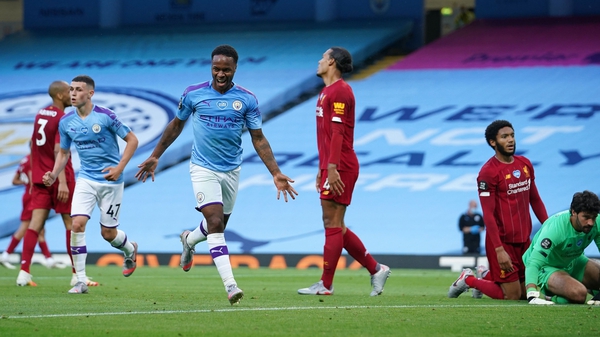