Matheus Pereira claimed a double as West Brom strengthened their grip on automatic promotion with a 3-0 Sky Bet Championship win at Sheffield Wednesday.

Charlie Austin ended the Baggies' 443-minute wait for a league goal dating back to February 25 when he converted a 38th-minute penalty at Hillsborough after Dara O'Shea had been fouled by defender Moses Odubajo. 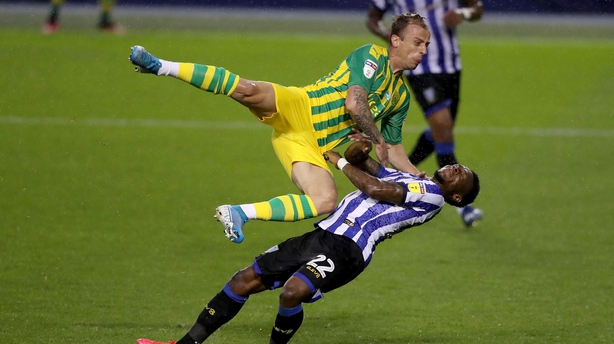 But it was Pereira who headed home Kieran Gibbs' 58th-minute cross and then struck again in the closing stages to cement a win - their first in five attempts in the league - which took Slaven Bilic's men to within a point of leaders Leeds and five clear of third-placed Brentford.

Forest had to remain patient as they looked for the breakthrough, and it eventually arrived with 62 minutes gone after Ryan Yates had been fouled by Andreas Weimann and Silva dispatched the resulting free-kick past substitute keeper Daniel Bentley and into the top corner.

The Robins' hopes of dragging themselves back into the game were dealt a significant blow with 12 minutes remaining when central defender Ashley Williams was sent off for violent conduct after throwing an arm at Yuri Ribeiro. 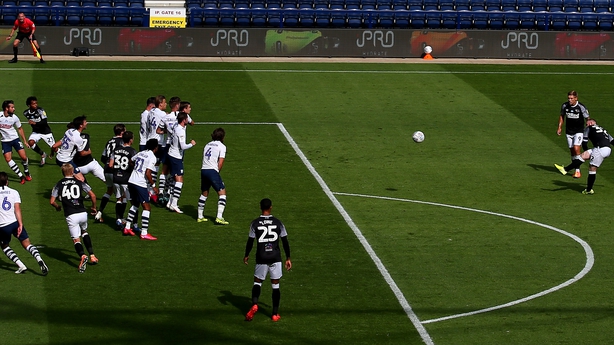 Rooney got his chance after defender Paul Huntington - who appeared to stand on his victim, but unseen by referee Jarred Gillett and his assistants - had fouled Louie Sibley, and the 34-year-old former England skipper curled a delightful 18th-minute free-kick over the wall and past wrong-footed keeper Declan Rudd.

As a result of their 1-0 win, the Rams climbed to seventh place, just a point adrift of Cardiff in the final play-off place with six games remaining.

Karlan Grant got struggling Huddersfield off to the perfect start as they romped to a 3-0 victory at Birmingham just when they needed it most.

The visitors got their noses in front with just 10 minutes gone when, after Harlee Dean had fouled Grant inside the area, the striker composed himself and obliged with the resulting penalty, although he later had a second spot-kick saved by Lee Camp.

They doubled their advantage six minutes into the second half when Campbell tapped home Harry Toffolo's cross - his first goal since November - and were home and dry with 18 minutes remaining courtesy of Elias Kachunga's close-range header.

The win lifted the Terriers, who had started the evening inside the relegation zone after three successive defeats, into 19th place and three points clear of the drop zone.