Barcelona returned to the top of La Liga after substitute Ivan Rakitic scored for the first time in 15 months to earn a slender 1-0 success over Athletic Bilbao.

Midfielder Rakitic made the decisive contribution with just 19 minutes remaining at the Nou Camp, racing on to Lionel Messi's neat pass to emphatically rifle the ball beyond Bilbao goalkeeper Unai Simon.

The Croatia international's previous goal, which came back in March 2019, had secured Barca a 1-0 win away to Real Madrid.

His latest scoring contribution was enough to move the reigning Spanish champions three points above fierce rivals Real, albeit having played a game more.

Diego Simeone's visitors were reliant on an early own goal from Levante defender Bruno Gonzalez to climb above Sevilla in their quest for a place in next season's Champions League.

Thomas Partey also had a second-half goal disallowed for the visitors, who have now taken 10 points from a possible 12 since the league resumed.

Elsewhere, fifth-placed Getafe had to settle for a point at Real Valladolid. Jaime Mata put the high-flying visitors ahead but Enes Unal equalised from the penalty spot on the stroke of half-time. 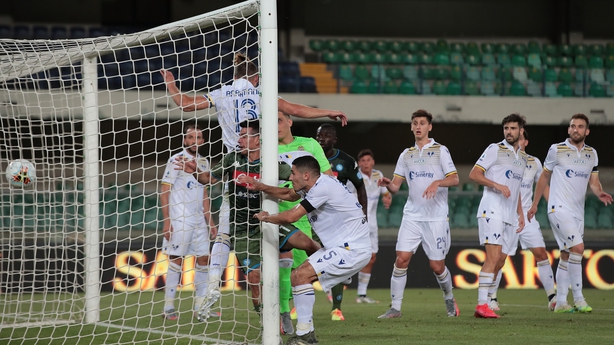 In Italy, sixth-placed Napoli boosted their hopes of European qualification with a 2-0 victory at Verona.

Parma remain in hot pursuit of Gattuso's men, following an Andreas Cornelius hat-trick during an emphatic 4-1 win at relegation-threatened Genoa.

Former Cardiff striker Cornelius put the visitors in total control with his treble, before Dejan Kulusevski completed the scoring late on after substitute Iago Falque had reduced the deficit with a penalty.

Domenico Criscito missed a spot-kick for the hosts when they trailed 1-0.