Rocky Marciano and Mike Tyson are arguably the greatest knock-out artists of all time; closer to home, Limerick's Andy Lee possessed an uncanny ability to floor his opponent with his trademark right hook.

But when it comes to sheer devastation, nothing can compare to the whirlwind that has desecrated world sport in recent days as a result of the coronavirus.

The arrival of COVID-19, and its escalation through the stages from outbreak to epidemic to pandemic has put the entire sporting world on hold – aside, of course, for all things equine in the Gloucester town of Cheltenham.

Looking back, just over two weeks ago, the postponement of Ireland’s Six Nations clash with Italy was seen by many as an overreaction, when the Irish government intervened.

A brave and bold decision at the time to interfere with the most sacred rugby gods mid-Six Nations, however, they let the ball drop to an extent, as the accompanying travel restrictions, alas, did not arrive – the cleanout must be questioned.

But the significance of the postponement of such a high-profile fixture put other codes on notice that no event was too big to be floored by the ever-building pandemic.

The NBA in America went, French football stepped up, the Italians, of course, had little choice, while all events scheduled in Asia over the next few months were immediately scrutinised.

It may have taken Mikel Arteta’s infection to kick the Premier League into action, but they got there, eventually, and so the Scots followed suit, with Sunday’s Old Firm game one of the last to drop, it being very much on until Friday morning. 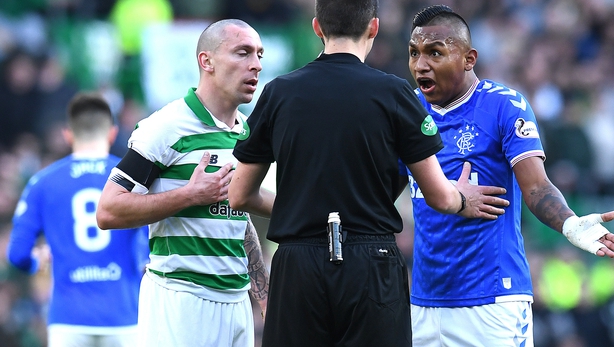 So now with the next two weeks’ sporting calendar cleared, the one outstanding fixture that currently remains in the schedule, from an Irish perspective, is the Euro 2020 play-off clash with Slovakia on 26 March.

UEFA has been slow to act in general over the past week, with governments and individual institutions forcing the action – they eventually called next week’s Champions League games, with the small matter of the entire Real Madrid team in self isolation a pretty convincing factor.

The continent’s governing body will eventually convene on St Patrick’s Day, where members from all associations will gather – by video conference, of course – to discuss all things football, including the Euro 2020 tournament this summer. FIFA, meanwhile, have called on all international games in March and April to be rescheduled.

The remaining Euro 2020 deciders cannot feasibly go ahead as a result of travel restrictions, border controls and player isolation, so Tuesday’s gathering will do nothing other than confirm the inevitable.

The real decision for UEFA will be to decide what to do with this summer’s sprawling showpiece – the tournament of not one, nor two, but twelve host cities.

Simpler times in the corridors of power back in 2012 when the once-perceived future of football administration, Michel Platini, announced the pan-European event. 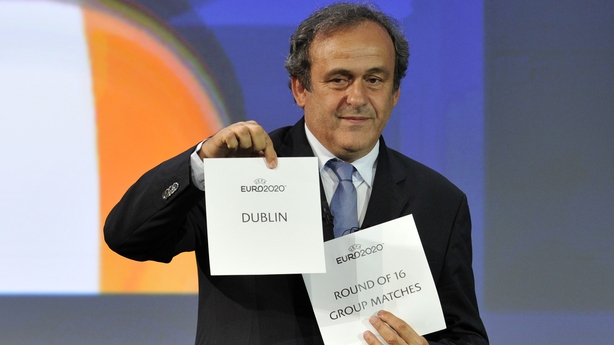 The logistics of such an event were always going to be problematic, but if there were dissenting voices, they fell on deaf ears, and eight years on, the decision may have just come back to bite – a fitting legacy, perhaps, to the former French captain who has just served a four-year ban from world football.

The UEFA Nations League was introduced into the equation, with a format that was, at least, noble in theory – getting rid of meaningless friendly internationals and allowing some smaller nations a viable route into the event.

Yet a consequence of the new format means that there are still four outstanding places up for grabs at Euro 2020, just months out from the 12 June kick-off in Rome.

Twelve games are scheduled to take place on 26 and 31 March to determine the four finalists, but in reality, these games will not get the go-ahead until the end of the club calendar, at the very earliest.

UEFA will most likely find themselves under huge pressure from the professional leagues around Europe to allow them to play to a conclusion, should the coronavirus threat soften in April.

This could see the main leagues come to a conclusion at some stage in late May or even rolling into June, with so much at stake, in terms of domestic titles, relegation and promotion, not to mention the lifeline of European competition, that many clubs rely on to remain living the lifestyle that they have become accustomed to.

The logical step will see UEFA push the event twelve months on, which would not be a drastic decision and one that most qualified countries could probably work with.

But what about the Boys in Green?

A local tale in the midst of the global crisis, not many beyond these shores will be tuned into the scheduled passing of the baton due to take place this summer, when Mick McCarthy hands over the deeds of the senior international side to Stephen Kenny. 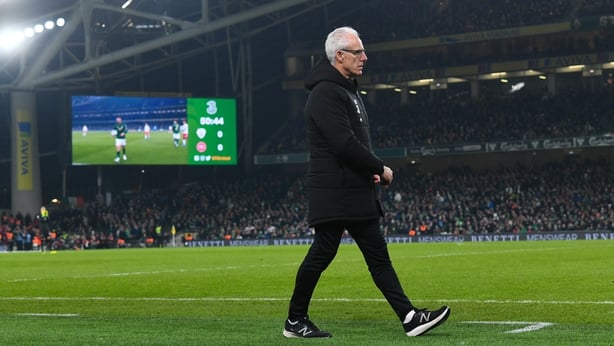 McCarthy was scheduled to name his squad for the vital match in Slovakia in Dublin on Friday, but the event was cancelled as a result of the ongoing pandemic.

Defeat in Bratislava would have called time on McCarthy’s tenure as the international manager, and likewise, should Ireland have fallen to the winner of the other semi-final, Bosnia or Northern Ireland, then Ireland would exit the qualification process, and the manager would have stepped aside.

In current circumstances, there is every chance that international football will not return until the autumn international windows, which are already pencilled in for the next edition of the Nations League.

As a result, if the actual Euro 2020 tournament is deferred 12 months, then it makes a modicum of sense to delay the play-offs for the same timeframe and host them next March.

But where would that leave McCarthy and his role as Ireland manager?

Would Stephen Kenny still expect to step into the role ahead of the Nations League, or would agreement be reached to allow McCarthy to continue until his initial remit had ended.

One thing about Kenny’s appointment as the Under-21 manager was that there was always going to be a situation where he would be walking away from the role midway through their qualification campaign.

That qualifying campaign is set to run until November of this year, with the tournament taking place in Hungary and Slovenia in June 2021.

However, with the upcoming double-header against Iceland and Luxembourg also set to fall foul of the coronavirus, there is every chance that the process will not be completed until March 2021.

So perhaps a happy compromise could be negotiated between all parties, in exceptional circumstances, to allow McCarthy to remain in charge for the Nations League and "go again" this time next year with the resumption of the Euro 2020 play-offs.

The Under-21s are currently top of their table and look to be in with a great chance of reaching their first ever tournament, which would bring a ringing endorsement with it for Kenny stepping into Mick’s size nines, albeit a year later than planned.

The Kenny conundrum will certainly need to be addressed once UEFA finalise the fate of the Slovakia game and the summer tournament.

But at the moment, it appears to be "self-isolating".