Pep Guardiola insisted Manchester City still had work to do despite claiming a 3-1 advantage over Manchester United after the first leg of their Carabao Cup semi-final.

Guardiola's side, winners of the competition for the past two seasons, were outstanding as they swept into a commanding lead with three goals inside the opening 38 minutes at Old Trafford.

Marcus Rashford kept United's hopes alive by pulling one back 20 minutes from time as City eased off in the second half.

Guardiola said: "We played good in the first half. You cannot expect to come here and score four or five goals in 45 minutes, but 0-3 is good enough.

"But of course they have pride. They are United. That reaction is normal in front of these people.

"It was a good result for us but I take note about what happened in the second half for the second leg in three weeks. 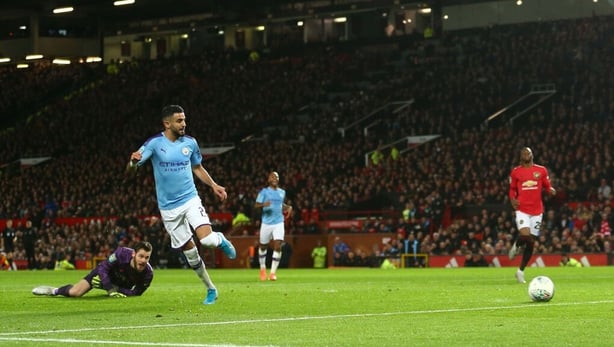 "This is not three points. It is not done. Last season they lost 0-2 against PSG and then they went to France and qualified.

"Everything can happen in football and I know after what happened in the second half they are a dangerous team. I've spoken to the players and told them it's not over."

City were beaten by United in the Premier League last month but this time Guardiola changed tactics.

With centre forwards Sergio Aguero and Gabriel Jesus on the bench, he played with a false nine in a fluid front line.

Bernardo Silva was outstanding and scored a stunning opening goal while the similarly impressive Riyad Mahrez added the second. The third was an own goal from Andreas Pereira.

Asked if it was his side's best performance of the season, Guardiola said: "No. It's one of the best but I see the team a bit tired.

"We don't have time to train for five games in 12 days. In this schedule you eat, sleep, that's all. It's (down to) the quality of the players."

United boss Ole Gunnar Solskjaer is determined to fight on in the tie. 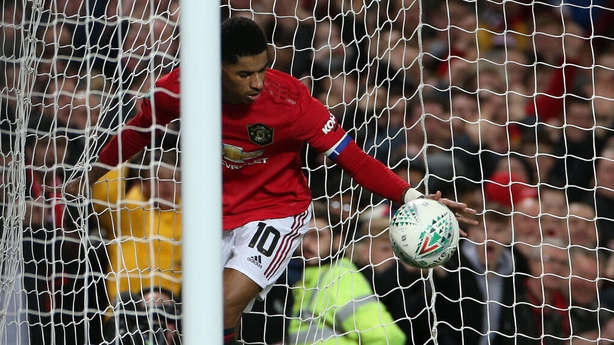 The Norwegian said: "You come in at half-time with that result and pride is the one word you speak about. Make sure you win the second half and you are in the tie.

"Of course it is a difficult task we have in front of us but that second half at least gave us something to hang on to.

"From the first goal until half-time we just couldn't cope with the setback, we were running in between, we let them play, our heads dropped, made decisions we shouldn't do and that needed sorting at half-time and I think second half was a good response.

"It's a steep mountain to climb but we can still climb it and we just have to look forward.

"From their first goal to half-time was the worst we've played, before then it could have gone either way with a goal."

Solskjaer claimed not to know anything about reports linking veteran Ashley Young with a move to Inter Milan.

He said: "It's not the night to talk about players leaving. I don't know what you are talking about." 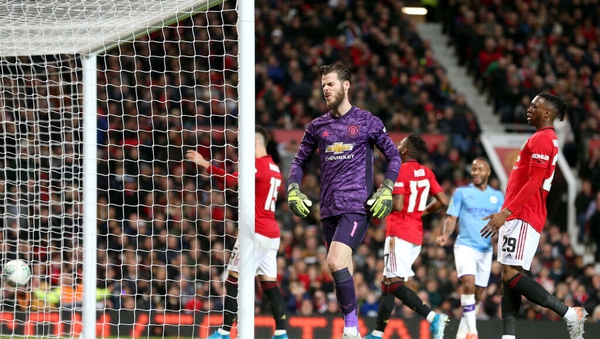