Jeremie Frimpong believes he made the best decision of his life in joining Celtic.

The 19-year-old Dutch right-back was signed on a four-year deal from Manchester City in September, originally with a view to the longer term.

However, after immediately impressing boss Neil Lennon in training, he was soon put into the first team and has become a fans' favourite during his 14 appearances so far which have included a Betfred Cup final win over Rangers, a red card in the same game, and two goals.

In part of an interview from the Celtic View published on the club's website, Frimpong said: "I knew Celtic were a big team, and they're known for playing young players and bringing young players on.

"Celtic also are always involved in European football, in the Champions League and the Europa League.

"I thought I'd love to give it a try, and now, what, four, five months on, it was the best decision of my life so far.

"Everyone can see it, and I think things are going perfectly at the moment. 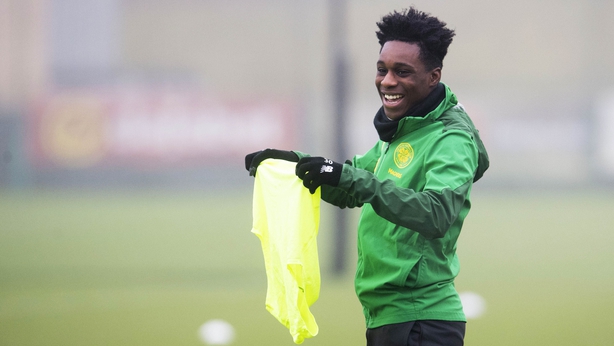 "I wouldn't say I've had it easy. I've had to put in the hard work to get here, and that's never going to stop."

Celtic will fly out to Dubai for a mid-season training camp top of the Ladbrokes Premiership by two points, albeit they have played a game more than Rangers, who won the Old Firm derby 2-1 at Parkhead on Sunday.

Frimpong is looking forward to getting to know his team-mates even better during the winter break.

He said: "As soon as I met up with these guys, I bonded with them all instantly.

"I'm cool with everyone in there, and I'm looking forward to spending some more time with them in Dubai.

"I want to go there, work hard, and keep myself in the manager's plans the best I can.

"Bonding with the guys a bit more will be a bonus too."