New Tottenham boss Jose Mourinho has revealed he had no contact with Arsenal over becoming their new manager.

Mourinho is less than a fortnight into his job as Mauricio Pochettino's replacement, but he was previously linked with the position at the Emirates Stadium.

Unai Emery was still occupying it at the time but he has since paid for a poor start to the season and was sacked on Friday.

Mourinho said there was no truth in reports he had met with the Gunners' head of football Raul Sanllehi.

Asked whether there had been contact, he replied: "No, no. Of course, I never denied, because I never deny things.

"But when it was written that I was in a meeting with Mr Sanllehi it was not true." 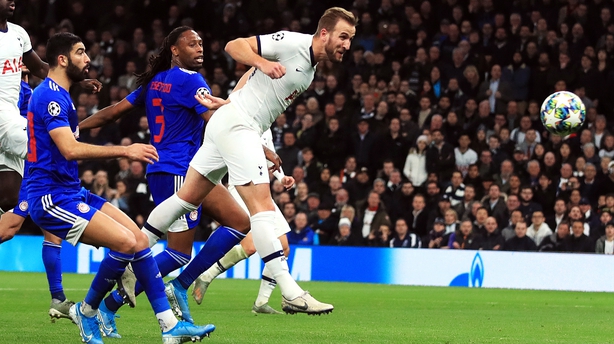 Mourinho has been unrelenting in his praise of Spurs and said, even after just 10 days in the job, no other club would be able to tempt him away.

He believes he is working in the best facilities in the game and likes the close-knit environment of the club's Hotspur Way training ground.

On why he is so content in his new job, he said: "You know how much I like the Premier League, that's the first point.

"The second point is this club. You know what the club is showing me.

"The vision they have for the future and everything they are as a club in terms of structure organisation, feelings, a big club but with a concept of a family, working together with people.

"Everyday I need him he is there. He needs me, I'm there. Then the chief scout (is) the next door. I meet him every day. If I want to speak he's there.

"If he wants to speak with me, I'm here. The academy boss three doors (down).

"Everything is close. We arrive here early in the morning, we leave late in the afternoon.

"I like very much this kind of empathy and the way we are working. And, again, very, very important, I like the players. Very important."

Instead of managing the Gunners, they are one of the clubs he is looking forward to coming up against - even in the unlikely event they are managed by Pochettino.

"I know the big ones and I know that's a big one. Not just because Arsenal is a big club that fights for the same objectives as we do. But also I know the meaning. And I like it."