Alan Browne was among the goals as Preston cruised to a dominant 3-1 win at home to Huddersfield to remain second in the Sky Bet Championship table.

Alex Neil's side have now lost just once in their last 13 league games, with strikes from Jayden Stockley and Paul Gallagher sandwiched in between Browne's effort.

The hosts were in confident mood from kick off and Stockley handed them a deserved lead after just four minutes at Deepdale.

Neil's side pushed on from there in search of a quick second goal, with former Cork City striker Sean Maguire heading two chances wide and Stockley dragging close range effort off target.

However, they were not left waiting long, as Browne doubled their advantage 10 minutes before the break.

The Republic of Ireland international kept his composure to fire home Tom Barkuizen's cross from a tight angle for his first goal of the season.

Preston picked up where they left off after the restart with Browne heading Darnell Fisher's cross just wide and they only had to wait five minutes into the second half to put the game to bed, as Gallagher confidently fired home from the penalty spot, following a handball by Terence Kongolo.

Stephen Ward and James McClean both played the full 90 minutes as Stoke City recorded a 4-2 win away to Barnsley to get the Michael O'Neill era off to a winning start.

In the battle of the basement boys, the Potters, who only appointed O'Neill during the week, are now three points adrift of Luton Town who occupy 21st position in the table.

The win ended a three-match losing streak for Stoke, who moved off the bottom at the expense of Barnsley and to within three points of safety. 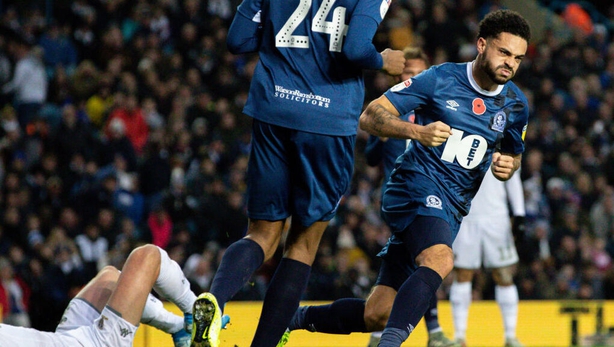 Irish defender Derrick Williams (above) was on the score-sheet for Blackburn Rovers, but couldn't prevent his side from falling to a 2-1 defeat away to Leeds United.

The result means Rovers hover just four points above the dropzone, while the home side, buoyed on in front of a crowd of 35,567 at Elland Road are level on points with Preston and just two points off league leaders West Brom, who earned a 1-0 win away to Hull City with Jake Livermore proving to be the match winner.

James Collins was part of a Luton side crushed 3-0 by Reading at the Madejski Stadium, with Michael Morrison, Ovie Ejaria and Garath McCleary on the mark.

It is the Royals' fifth win of the season, while Luton sit just one place above the relegation zone.

Cyrus Christie was a first-half substitute for Fulham, who secured a 1-0 victory over Birmingham City thanks to Aleksandar Mitrovic's 12th goal of the season at St Andrew's. The three points moves the Cottagers into the play-off positions.

Charlton Athletic left the Den empty-handed after falling to a 2-1 defeat to Millwall. Josh Cullen operated in the middle of the park, but it was the home side who opened the scoring as Shaun Hutchinson put the Lions ahead after six minutes before Jonathan Leko's strike six minutes after the resumption levelled matters.

Matt Smith however struck the winner in the injury-time for the south London side, which included Jayson Molumby and Shaun Williams in midfield, while striker Aiden O’Brien made a late substitute appearance for the Lions. 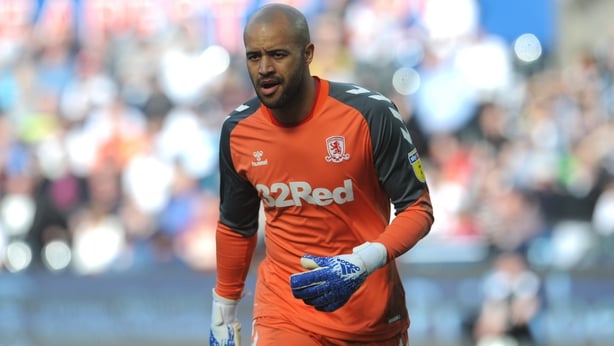 Darren Randolph started in goals for Middlesbrough in their 2-2 draw away to Queens Park Rangers. Ryan Manning started at right-back for the home side, but a Britt Assombalonga brace was enough for struggling Boro to share the spoils.

Kieren Westwood started in goals as Sheffield Wednesday were denied the win against Swansea City when Ben Wilmot struck at the death for the Swans in a 2-2 draw at Hillsborough.

Nine-cap Ireland international Anthony Pilkington was an unused sub for Wigan Athletic in their 3-0 home reversal at the hands of Brentford.

Lewis Grabban gave Nottingham Forest local bagging rights, scoring his seventh goal of the season in a 1-0 win over poor travellers Derby at the City Ground.