Peter Collins presents live coverage of the respective men's and women's finals on RTÉ 2 and worldwide on the RTÉ Player from 11.45am.

Live blogs on RTÉ.ie and the RTÉ News Now App from midday on Sunday.

A mostly cloudy and very blustery day with widespread showers. The showers will be prolonged with lengthy spells of heavy rain - especially over the south and east with the risk of flooding. Winds will be strong with gales likely near coasts. 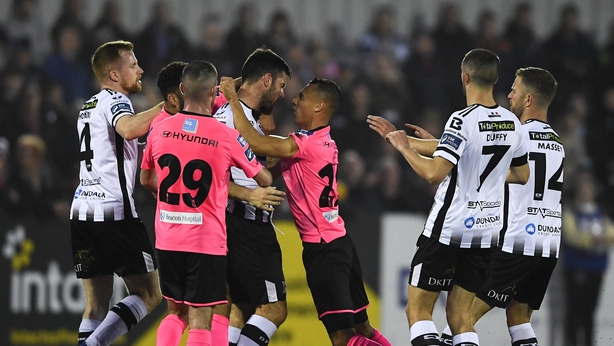 A new beginning for Rovers?

The narrative on this one seems fairly clear. Dundalk are going to create history by winning a domestic treble, becoming just the second club in the last 50 years, and just the sixth League of Ireland squad ever, to achieve the feat.

They've beaten Shamrock Rovers three times this season, including that particularly sweet victory over Sunday's opponents to claim the SSE Airtricity League Premier Division title at the end of September.

And yet the context of the game is very interesting, with Dermot Desmond's proposed investment in the Tallaght club potentially setting them up to be real challengers to the Lilywhites' throne.

Dundalk have the funding, through PEAK6, but recent criticisms of facilities at Oriel Park have seen chairman Mike Treacy point to the fact that the club doesn't own their ground, and hinting that capital investment won't be undertaken while such a circumstance remains.

So, while form suggests that this is Dundalk's to lose, with just one defeat to Rovers in the last 11 games, there's also a sense that they won't want to let the boot off the pretender's neck. 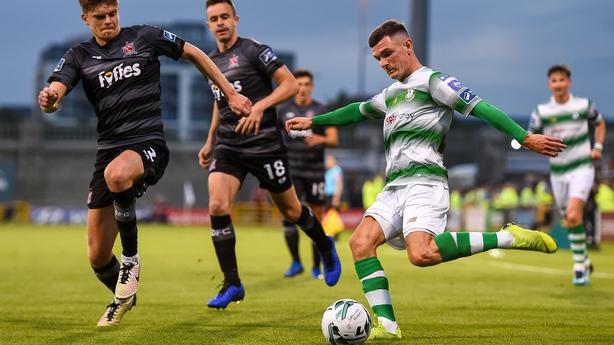 'I accept that one day they may overtake us'

An FAI Cup win, a first in 32 years, as well as investment in the millions of euro, would be a welcome way for Shamrock Rovers to begin preparations for the 2020 season.

"I'm quite comfortable with Rovers improving," he said.

"I embrace it, I welcome it. I accept that one day they may overtake us. Fine. But if the worst thing that happens is that they make us better as a club, make me better as a coach, then I can live with that.

"The two clubs are looking after their business very well."

Shamrock Rovers will be looking to spoil Dundalk's party on Sunday at the Aviva Stadium - @codrktod looks ahead to the FAI Cup final #RTESoccer pic.twitter.com/ZYJDRArpQF

And that might be the key, that some day the club's places in the Premier Division table could be reversed, but logically there's no reason to suggest that it's going to be Sunday.

Chris Shields' suspension is undoubtedly a blow, but Perth has the squad to cover the midfielder's loss.

'In a one-off game, with the players that Rovers have, they could easily turn the game. They certainly won't be intimidated by Dundalk' #RTESoccer https://t.co/N0oJFG3P5Z

Pressure on Bradley's troops to deliver

Stephen Bradley has taken his fair share of criticism over the course of his three-year tenure.

He'll remember the banner unfurled in June of last year when they were heavily beaten by Dundalk which simply read, 'It's not working out. Enough is enough'.

Rovers supporters demand success, and any sort of repeat result could put him under pressure.

But he can point to the improvements his team have made during that period.

The 75 points that Rovers picked up in the league this season would have left them just a point behind champions Cork in the 2017 table. 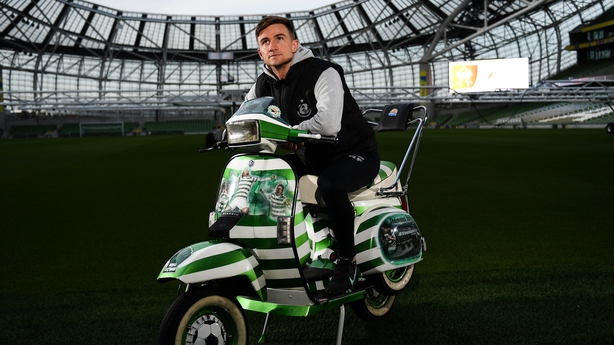 They managed 23 wins, which is a record for the club for a 36-game season, and midfielder Ronan Finn told RTÉ Sport this week that the results between the clubs this season were not a fair reflection of where the clubs are at.

"We've looked back at the videos, and there's been very, very little in the games," he said.

"In terms of possession, in the majority of the games we've been fairly dominant. I know you don't get points for possession, but we've been in control for quite a bit of each game we've played.

"You don't get credit for playing beautiful football and getting a runner's-up medal. Sunday is all about winning."

It's all set up to be an occasion to savour.

Follow both FAI Cup finals this Sunday via our live blog on RTÉ.ie/sport and the News Now app, or watch exclusive live coverage on RTÉ2 and on the RTÉ Player from 11.45am. Live national radio commentary of Dundalk v Shamrock Rovers on RTÉ Radio 1's Sunday Sport.

DJ Carey: We do have to cop ourselves on