Security fears and the risk of civil unrest have caused the Spanish government to back La Liga's request to switch El Clasico from Barcelona to Madrid on 26 October.

There have been days of mass protest in Barcelona after nine Catalan political leaders were given lengthy prison sentences for their roles in the Catalan independence referendum two years ago.

La Liga asked the Spanish Football Federation (RFEF) on Wednesday if the match between Barcelona and Real Madrid could be switched from the Nou Camp to Estadio Santiago Bernabeu.

"It seems to us that, with the way things are going, we consider, along with La Liga and the RFEF, that, for security reasons, it's not reasonable to play this match as it is scheduled," sources of the superior minister of sport told Marca.

The RFEF competitions committee is understood to make its decision by 24 October.

Reports in Spain say that both Barca and Real have rejected the proposed switch of venues.

Barcelona are understood to want the game to go ahead at their ground, while Real believe if the security risk is believed to be too high the match should be postponed. 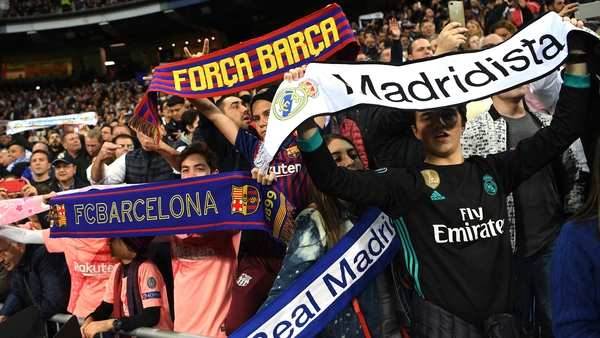