The welcoming committee were dispatched to the airport ahead of a huge weekend of sport here in Tbilisi.

The fact that it was well into the early hours – 4:30am to be precise – did not dampen the enthusiasm as the local lads sat at their carefully constructed stand to welcome all to the host city.

For the veteran wrestling world championships are taking place in Tbilisi this week – a five-day royal rumble of the sports best seniors, throwing themselves about a big red mat in perhaps, slightly-too-snug outfits at the city's Sports Palace.

Chats of the big sporting weekend continued with the night manager upon arrival at the hotel in downtown Tbilisi, approaching breakfast time at this stage, following the mazy taxi ride from airport to city centre.

"Yes, I love the rugby," beams the man with the keys standing between me and some much needed sleep following a trek through Istanbul airport and on to the Georgian capital.

"I think Georgia will play in the Seven Nations, but we’re not ready yet, maybe in a few years," he continued.

A member of our travelling contingent then told him that he met Brian O’Driscoll in Harvey Norman’s last week, and that nearly proved way too exciting for our genial host – the household appliance reference may have been lost on him, however.

Georgia were in World Cup action on Friday morning but the night manager explained that the locals would not be watching the game in the pub but rather gathering at friends’ houses to enjoy – they performed admirably, as it happens, losing 27-8 to Australia.

Speaking of watching sport in pubs, the Irish travelling fans packed into the town's most renowned Irish pub, The Hangar Bar, to watch Stephen Kenny’s Under-21 Ireland side take on the mighty Italians.

An 11pm local-time kick-off did not deter those in situ from enjoying the next generation more than matching a strong Italian side at Tallaght Stadium.

Another screen outside was showing Northern Ireland in action against the Netherlands.

Michael O’Neill’s side took the lead in that one, but huge cheers from the watching Irish fans alerted those inside that the Dutch had, first equalised, then gone ahead, and finally sealed the three points.

The Irish fans were in fine spirits, but it was a tad disappointing that they took joy in the defeat of our fellow islanders.

Tbilisi sits fairly cramped along the banks of the Kura River, which leads to the cobblestoned old town of this very historic city.

East meets west in this culturally diverse city, very evident from the range and styles of architecture dotted about the town, while within a stone's throw of my hotel I spot a McDonalds, a Spar, a Dunkin’ Donuts and a Wendy’s.

Views of the city are at there best from the remarkable Narikala Fortress – or so I am told – but I had to make do with a panoramic of the Boris Paichadze Dinamo Arena from the adjacent Vakhushti Bagrationi Bridge ahead of the pre-match press conferences.

Who is Vakhushti Bagrationi, I hear you say – a 17th century Georgian prince and son of the city who dabbled in a bit of history and geography and produced a couple of colour-coded maps of Europe as it happens – thanks Wiki.

At the stadium, there was a very friendly atmosphere as Georgian manager Vladimir Weiss and Ireland boss Mick McCarthy, traded not insults but rather Michael Flatley references in a very cordial pre-match press conference. 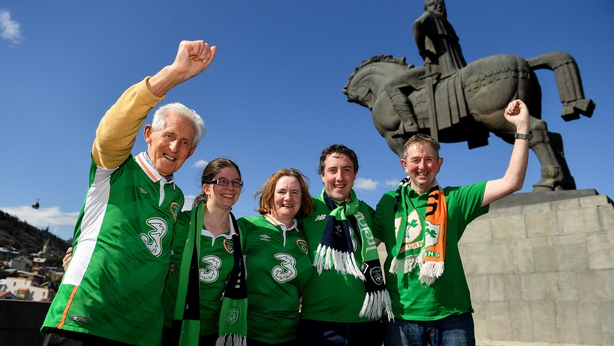 You get the impression that ahead of the sixth game in five years between the two familiar foes, all that can be said about an Ireland v Georgia game has already been said.

Weiss appeared quietly confident ahead of the encounter but was not in the mood to talk about the fact that his contract is up in December and he may or may not be around to lead Georgia into the UEFA Nations League play-offs in March.

.@Ed_Leahy is amongst the @FAIreland fans in Tbilisi. The sun is shining, Shane Duffy is starting and one gentleman has a horse outside #rtesoccer #GEOIRL pic.twitter.com/gIij1cVPT8

McCarthy also appeared very much at ease as he has real belief in this squad of players following an excellent start to his second stint in charge of the Ireland side.

The Ireland boss was also buoyed by the fitness boost of Shane Duffy making the trip, while having plenty of attacking options ahead of the game following the Aaron Connolly revelation last weekend.

Shortly afterwards, the team got to sample conditions at the Dinamo Stadium exactly 24 hours ahead of kick-off as the sun beat down at a range of about 25 degrees – still pretty hot considering it was 5pm local time.

The 54,202-capacity stadium is a huge bowl-like structure with a running track covered over, meaning that the spectators are a long way from the action.

Tickets were still on sale at the venue and while it is not expected to sell out, there should be a decent crowd for Georgia’s last home clash of the campaign.

A good start from the home side will lift the atmosphere, but if Ireland can assert their authority, and combined with the running-track factor, the local support could be subdued.

As travelling contingents go, it will not be Ireland’s biggest away crowd, however, the city is sprinkled with green jerseys and there should be a vocal presence at least.

Match-day in Tbilisi now and while the sun is out and the temperature is rising, the Irish fans in the city have the option of watching the rugby ahead of the football, which makes for a great day of sport all round.

The Hangar Bar, no doubt, will be busy considering the earlier than normal kick-off.

The rugby will be on, but all focus will be on the big game across the river, as Ireland look to take one more step towards European qualification. 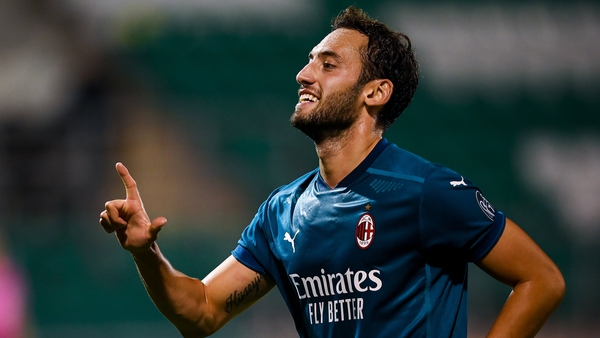