League Two Colchester stunned Tottenham in a penalty shootout to reach the fourth round of the Carabao Cup.

After knocking out Crystal Palace on penalties in the previous round, the lowest-ranked side left in the competition produced an even bigger upset to deepen Spurs' woes.

It was goalless in normal time as Troy Parrott made his senior Spurs debut, and the Premier League side were immediately on the back foot in the shootout when Christian Eriksen saw his spot-kick saved by Dean Gerken.

Jevani Brown's weak chipped effort was saved by Paulo Gazzaniga in response but Lucas Moura hit the bar with Spurs' fifth effort and Tom Lapslie made no mistake to seal the upset.

Colchester were not the only League Two side to make it through, with Crawley knocking out troubled Championship side Stoke, also on penalties.

Sam Vokes had opened the scoring in the 23rd minute but Nathan Ferguson equalised before half-time and the visitors played out the last 28 minutes with 10 men following Nathan Collins' sending off.

Vokes' miss with the very first spot-kick ultimately proved decisive as Crawley scored all five of their penalties. 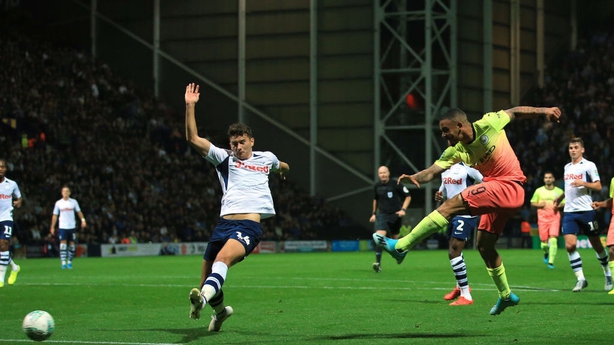 Defending champions Manchester City were again in fine goalscoring form as they beat Preston 3-0 at Deepdale.

They could not match the eight they put past Watford in the Premier League on Saturday but Raheem Sterling opened the scoring in the 19th minute, Gabriel Jesus doubled the advantage and Ryan Ledson deflected in David Silva's shot three minutes before the break.

It was a happier day for the Hornets, who battled to a 2-1 success against Swansea at Vicarage Road.

Danny Welbeck opened the scoring in the 28th minute with his first goal for nearly a year but Sam Surridge equalised six minutes later and the hosts had to wait until the 79th minute for Roberto Pereyra to net the winner.

Southampton earned comprehensive bragging rights in the English south-coast derby with a 4-0 thumping of Portsmouth at Fratton Park.

Pompey had the best of the early chances but Danny Ings scored first in the 21st minute and then the 44th.

It stayed that way until the 77th minute, when Cedric Soares added a third, and substitute Nathan Redmond rounded things off with a fine fourth late on. 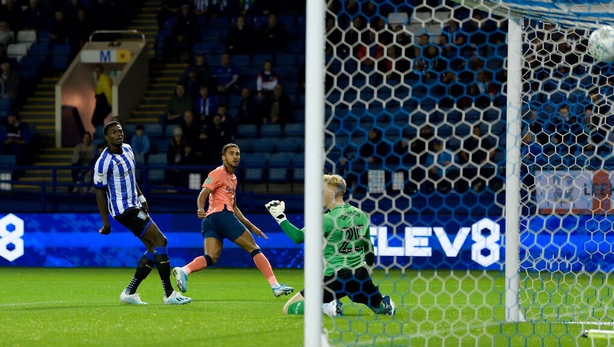 Everton were reeling from a home loss to Sheffield United on Saturday but a trip to the Steel City proved more fruitful, with Dominic Calvert-Lewin netting twice in the first 10 minutes in a 2-0 win over Sheffield Wednesday.

The was another big away win for a Premier League side at Kenilworth Road, where Leicester defeated Luton 4-0.

Demarai Gray opened the scoring in the 34th minute and James Justin netted against his former club a minute before the break.

Youri Tielemans added a third in the 79th minute and Gray finished off the scoring with his second four minutes from time.

Arsenal's clash with Nottingham Forest kicked off 15 minutes late because of traffic problems but it was smooth going on the pitch for the Gunners, who won 5-0 thanks to two goals from Gabriel Martinelli and one each from Rob Holding, Joe Willock and Reiss Nelson.