Liverpool boss Jurgen Klopp was not fazed by title rivals Manchester City's thumping 8-0 win over Watford, insisting it is points that matter not style.

Klopp's side restored their five-point gap at the top of the Premier League with a 2-1 success at Chelsea, posting their 15th league win on the bounce.

It came 24 hours after reigning champions City posted a club-record Premier League win against the Hornets and this fascinating battle between the two teams continues.

Klopp, who watched City's highlights after training on Saturday, says Liverpool have the early advantage because they have more points.

Asked what he thought of City's win, the German replied: "I wanted to see the goals. I saw a 2:50 summary when we left the training pitch. I saw eight goals and three times the woodwork. 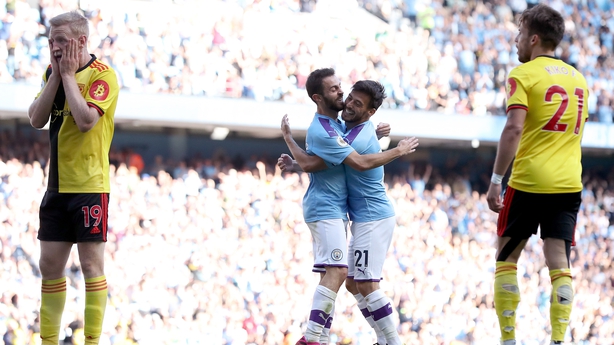 "This type of football not a lot of teams can play, but we play in our way, we try to win football games. In the end, we need to get the points, there is no competition in technical things, it is about the points.

"I still don't see that it is only two teams. At the moment we don't have to think about it. It's matchday six, we are talking about the title with 32 games to go, I think that it is a bit early."

It looked like being a routine three-point haul for the Reds as Trent Alexander-Arnold's brilliant finish from a free-kick was added to by Roberto Firmino's free header.

Chelsea, who had a goal ruled out by VAR at 1-0, did not wilt after the break, though, and N'Golo Kante's fine individual strike had Liverpool hanging on.

Frank Lampard is still waiting for a first home win in charge of Chelsea and admits he is concerned by their inability to win at Stamford Bridge.

But he was also enthused by their second-half performance.

"It's definitely a concern, we want to win at home," he said. "Against Liverpool, you know you can lose, they are a strong team and it can happen. I expect the home win to come soon.

"It is hard to accept congratulations after a loss, but the way we played in the second half is towards where we want to be.

"Energy, passion, moving the ball quickly, changing the play, getting crosses into the box, things we work on and we did it against Liverpool.

"I don't mind losing, I will take today but it now needs to translate to points because that performance week in, week out is going to amass points and we need to do that and keep improving." 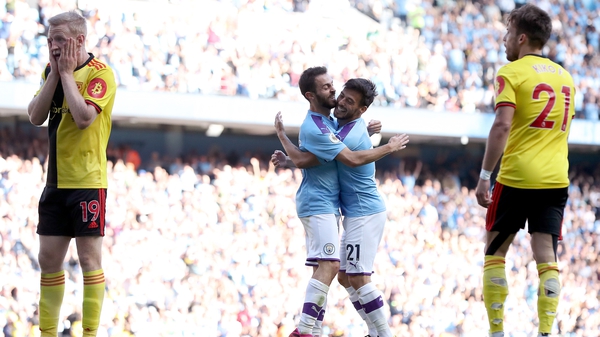 Bernardo Silva: City did not want to take foot off the pedal Soccer