Sligo Rovers will be buoyed ahead of the visit of the league leaders following their impressive victory in Cork on Friday night.

The Bit O'Red secured a well-deserved 4-2 victory at Turner's Cross and will be hoping to bring that momentum back home as they welcome Dundalk to The Showgrounds.

Dundalk maintained their winning ways with two victories over UCD over the past seven days, scoring eight goals in the process, and put five past Finn Harps the previous Friday. Victory in Sligo would see their lead extend to seven points ahead of second placed Shamrock Rovers.

However, the Lilywhites are coming into the game off the back of a hectic August where Vinny Perth's side played eight matches, with two more league games to play this week, so fatigue may be a factor in Sligo.

Sligo Rovers: Dante Leverock begins the first of a five-match suspension but will also be on international duty with Bermuda for the next two weeks. Johnny Dunleavy and Danny Kane have late fitness tests ahead of the game.

Dundalk: John Mountney has an ankle injury and will see a specialist this week to determine the length of time he will be out for. Andy Boyle has a hamstring strain and will be assessed ahead of kick-off. Sean Murray and Jamie McGrath were substituted on Friday with injuries and will face late fitness tests.

Liam Buckley (Sligo Rovers): "We’d like to produce more of what we saw on Friday and for the lads to have a right belt at Dundalk and see what we can get out of it. We know how hard it’ll be and what is needed to compete with them.

"We have a small lead over the teams below us and we’d like to grow it and get as many points as we can.

"With two important home matches this week, I’d love The Showgrounds to be as vibrant and as difficult for the opposition as it can be. The support we’ve received this season has been terrific."

Ruaidhrí Higgins (Dundalk assistant head coach): "We are coming into the business end of the season and we have to be ready for Sligo. They turned us over there back in April so we want to rectify that. It's going to be a difficult game.

"We know the size of the task ahead of us. They had an excellent win in Cork on Friday where they scored four goals. We know it’s not going to be easy but we want to go there and pick up another three points. We will have to be at our very best and we will be going there to get the win." 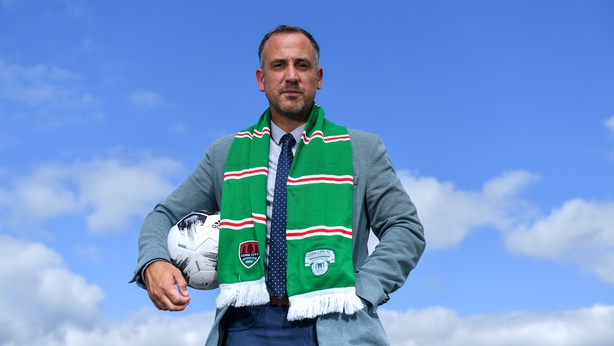 Cork City will be looking to bounce back from Friday's defeat to Sligo Rovers as they face Munster rivals Waterford at Turner’s Cross.

The sides met in August at the RSC, with City coming out on top thanks to goals from Conor McCarthy and Mark O’Sullivan.

Prior to that, Waterford had recorded two wins against City, both by two goals to nil. City are two points ahead of Waterford in the table, while they also have a game in hand. The visitors come into the game on the back of a 1-1 home draw against Derry City on Friday night.

Cork City: Conor McCarthy returns from suspension, but Gearóid Morrissey and Kevin O'Connor are expected to miss out. It is hoped that Ronan Hurley will be available after missing Friday’s game with a knock, but Cian Bargary and Cian Murphy remain sidelined.

Waterford: Zack Elbouzedi misses out as he trains with the Republic of Ireland Under-21s ahead of their first match on Friday. Dean Walsh misses out again while Rory Feely continues his recovery from injury picked up against Glengad and remains a doubt. Walter Figueira came off early against Derry and will be assessed before the game.

Neale Fenn (Cork City): "We know we have to be a bit more solid, we were too open on Friday. I wanted us to go out and attack and win the game, but the other side of it is that we need to defend better.

Alan Reynolds (Waterford): "Travelling to Cork is another game that we're targeting points from. If we can build on the last two performances then we’ve got every opportunity to get a good result and move up the table.

"Neale will no doubt have Cork ready, he hasn’t been there long but we need to be wary of what they’ll throw at us."