Republic of Ireland underage goalkeeper Gavin Bazunu finally got the chance to get the gloves on and kick off his pre-season as part of Manchester City's first-team squad on their tour of Asia.

The Premier League champions held an open training session in Shanghai on Tuesday just hours after landing in China for the start of their trip.

They're in China to take part in the Premier League Asia Trophy alongside West Ham, Wolves and Newcastle, and open with a game against the London side in Nanjing on Wednesday.

Players did continue to train during their delay but the shortened acclimatisation process began with a training session at the Yuanshen Stadium attended by hundreds of the club's Chinese fans.

Bazunu, 17, moved to Manchester in February from Shamrock Rovers where his outstanding potential was spotted by City scouts.

He's been drafted into the travelling party along with Claudio Bravo and Daniel Grimshaw, with Ederson still on holiday due to his involvement with Brazil in the Copa America.

Bazunu played for Ireland in the Under-17 European Championships during the spring but missed out on the Under-21s' games in the Toulon Tournament last month due to a knee injury.

It's a good opportunity for the teenager to rub shoulders with City's stars, and though they haven't enjoyed ideal preparation over the last few days, manager Pep Guardiola was keen to play down any issues. 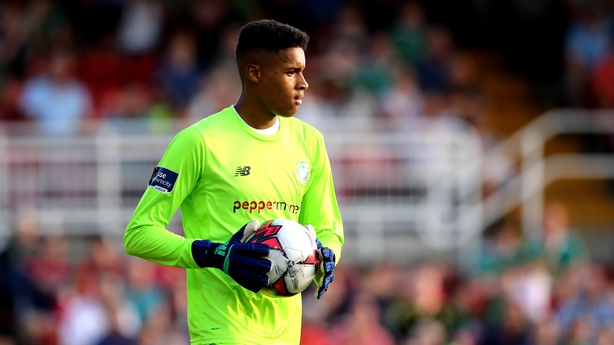 "We couldn't fly for reasons that were out of our control, so instead of training here we trained in Manchester," Guardiola said.

"Nothing changed too much. Of course for jetlag for the game it won't be easy but it is what it is. It isn't a perfect situation but it's happened and we are going to adapt. That will make us stronger.

"The aim now is to prepare the team, win tomorrow against West Ham and play well.

"We will prepare how we have for the last three years - step by step, reanalyse, readapt and move forwards. At the end we will see our level and whether at the end of the season we can be fighting for titles."

City will return to Shanghai after the game in Nanjing to play either Wolves or Newcastle on Saturday. They move on to play friendlies in Hong Kong and Japan next week.