Cork City have a mountain to climb if they are to progress to the second qualifying round of the Europa League as they were beaten 2-0 by Progrés Niederkorn at Turner's Cross.

First half goals from Belmin Muratovic and a Mayron De Almeida penalty was enough to see Progrés take a commanding lead into the second leg in Luxembourg next Thursday evening.

John Cotter stuck with the same eleven players that battled to a 0-0 draw with Bohemians on home soil last Friday night and they started the game on the front foot.

The City boss spoke in the build-up to this game about the need to take the game to their opponents from Luxembourg right from the first whistle and his players carried out his instructions as they pressed high up the pitch from the off.

But with 11 minutes on the clock disaster struck as they fell behind following a mistake from right full back Colm Horgan.

Horgan, who was making his first appearance for the club in European competition, showed his inexperience as he dawdled on possession on his own end line. 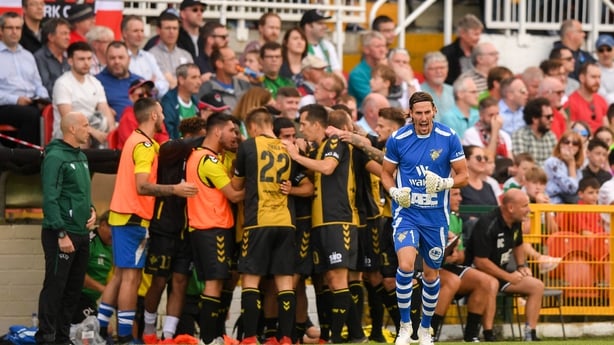 A gracious Belmin Muratovic stole possession and composed himself before drilling the ball past a helpless Mark McNulty at his near post to give the visitors the lead and a crucial away goal.

City and the majority of the 3,137 crowd in attendance were stunned but they felt they should have had the opportunity to level terms just past the quarter of an hour mark but after Joel Coustrain went down inside the penalty box, the referee waved away their strong appeals.

The Leesider's misery was compounded moments later when Niederkorn were given a penalty of their own as Horgan brought down the lively Mayron De Almeida inside the area.

De Almeida dusted himself down and took responsibility for the kick, which he emphatically fired into the top left corner of the net to send his club into dreamland.

Cork were handed a lifeline midway through the first period when Latvian referee Aleksandrs Anufrijevs again pointed to the spot following a foul on Conor McCarthy in the box. 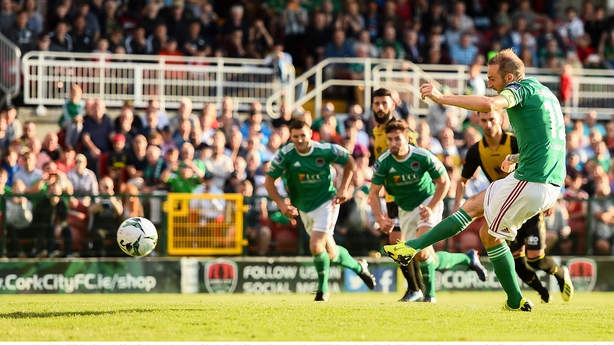 But Karl Sheppard failed to place the ball home from 12 yards as his strike down the middle was turned over the crossbar by the outstretched leg of goalkeeper Sebastian Flauss.

The atmosphere around the ground was now flat although Conor McCarthy and Gearoid Morrissey did go close to sparking it into life but neither could beat the keeper with their efforts before the break.

The second period was similar to the end of the first as City lacked belief that they could turn this game around and they failed to truly trouble Niederkorn.

Ronan Hurley sliced a volley well wide of the target for what was their best attempt in the second 45.

Progres threatened to add on third on the counter attack as the game drew to a close but in the end they gladly settled for the significant lead they had already earned.