Cork City and St Patrick's Athletic get their Europa League qualifying rounds underway in front of their home supporters this evening, while Shamrock Rovers make the journey to Norway.

Pat’s know that Dinamo Minsk or Liepāja of Latvia await in the next round should they progress, and the Saints will look to past European experiences against Swedish opposition back in 2009 when they turned over IFK Elfsborg 4-3 on aggregate; goals from Jason Gavin and Mark Quigley helping Pat’s to a 2-1 home win after a 2-2 draw in Sweden.

Manager Harry Kenny has a full squad to select from ahead of the game, which the manager outlined had added to what has been a good build-up to the game following last week’s 2-1 away win in the league to Waterford.

"The week has gone well, everyone is in good form and we are all fit," he said. "We are very much looking forward to the game. We have done a whole pile of work on IFK in the sense that we have had people go watch them and analyse them, so it is over to the players now." 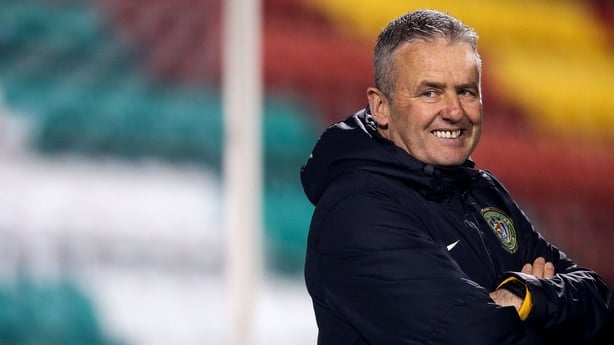 Kenny is not expecting a "typical European" approach from the Swedes and his team are preparing themselves for a stern physical test at Richmond Park.

"They are an aggressive side and have a very good game plan.  They play pretty direct football, and they have very good individual players.  They have plenty of internationals through their team.  They have a Costa Rican international and lots of Swedish internationals, so it is going to be a very tough game.  They are very experienced in this setting of European football so we don't expect anything else other than a tough game."

Down on Leeside Cork City will hope to put to one side their domestic difficulties this season when their Luxembourg opposition roll into town.

The Rebel Army enter the competition thanks to last season’s second-place league finish, while the visitors had to overcome Welsh side Cardiff Metropolitan University to reach this stage. 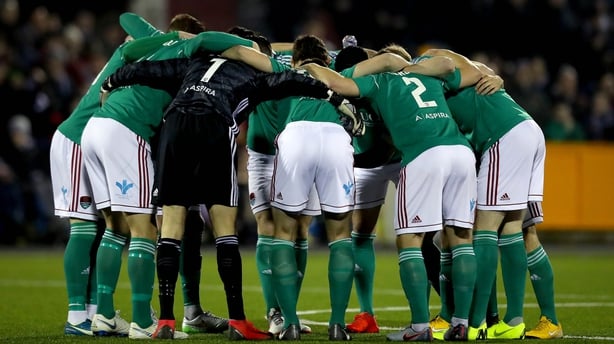 City come into the game off the back of an encouraging 0-0 draw with Bohemians last Friday night, a game that marked the return of Mark O’Sullivan to Cork City, as well as the debut of new signing Joel Coustrain.

Speaking at the pre-match press conference, City head coach John Cotter looked ahead to the game: "The performance last Friday was good, training has been very good from there, everyone is bursting to get going on Thursday and hopefully put in a good performance in front of our supporters."

"Sometimes in these European games, the tempo can be a bit slower than League of Ireland games, but we still need to play at a good tempo for ourselves. That’s when we’re at our best. Will there be times where you’re going to be sitting in your shape? More than likely, I would say, yes. We know where we’re good, and how we’re good, and we need to be on the front foot. We’re playing at home, so the onus is on us to do that, and we’ll be trying to do that from the off on Thursday." 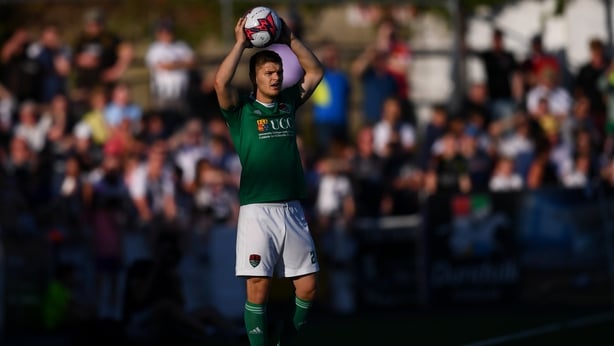 Defender Colm Horgan says he is relishing the opportunity to make his first career appearance in Europe, having been injured throughout last year’s campaign.

"It should be a great experience. I expect it to be a lot more technical. From what I’ve heard, it seems to be a case of teams feeling each other out for the first 20 minutes, almost like a boxing match - finding your range. After that, it kind of gets into gear, but you never know, every game is different."

"Every game when you’re sitting up there (in the stand) is difficult to watch when you’re not available. Definitely, the Rosenberg game and the Legia one, would’ve been great to be available for."

On the injury front, City are likely to have to plan without the services of Cian Murphy, Cian Bargary, Pierce Phillips and Kevin O'Connor, while Shane Griffin is also a doubt as he makes his way back from the shoulder injury suffered against St. Pat's in May 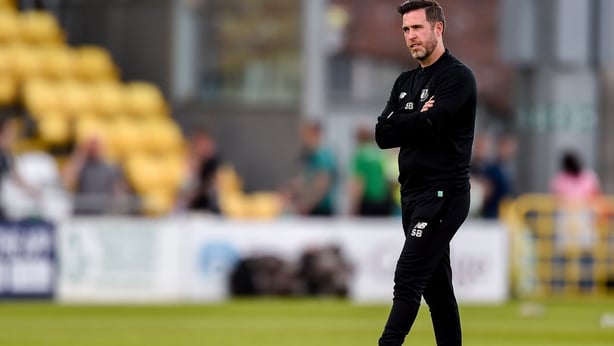 Rovers will make the trip to take on Braan and manager Stephen Bradley (above) will be hoping that his side are more clinical than they were in the 0-0 draw with Sligo Rovers last Friday.

Despite dominating possession and enjoying 32 attempts at goal, they simply couldn't find the breakthrough.

"When you look back at how much we dominated the game, we should have won it and we didn’t so it is frustrating," he said.

"Graham Cummins did really well on his debut. He’d only trained with us for maybe a couple of days before. He hit the crossbar and the keeper made another great save from him in the second half."

The Dublin club flew on Tuesday in preparation for the tie and Bradley insists his team are going over in a positive frame of mind.

"It’s going to be a really good game, they’re a good side. We’ve watched them quite a bit, Stephen McPhail has been out there to watch them, s owe have some good information on them.

"They are physical and dangerous at set-plays.

"We respect them because they are a good team, but we’ll go to win the game."