Finally, a League of Ireland manager is extolling the virtues of playing three league games within a week.

A common complaint in recent seasons on the SSE Airtricity League merry-go-round, is that too many games are played in too short a space of time, leading to more than the odd grumble from managers, players and fans alike.

However, Dundalk head coach Vinny Perth has recently reaped the rewards from one such eight-day triple header.

It helps when you are winning, of course, in the midst of a 16-match unbeaten run and eight points clear at the top of the table.

But Perth's attention is now looking outward rather than in as his side prepares for yet another European crusade, starting in Oriel Park tonight as Dundalk host Riga FC in the first qualifying round of the Champions League.

The promised land of the group stages of the competition remains the holy grail for Irish clubs and Dundalk have come quite close in recent years.

Back in 2016, a remarkable turnaround against BATE Borisov saw the Lilywhites fight back from a 1-0 first leg defeat to beat the Champions League regulars 3-0 at Tallaght Stadium to progress to the final play-off stage.

Two soft goals in the first leg against Legia Warsaw at the Aviva Stadium put paid to Dundalk’s chances and the excellent 1-1 result in Poland proved nothing more than a moral victory, with a place in the Europa League group stages a very nice consolation prize.

Dundalk have played 24 European matches in the last five years and have acquitted themselves admirably against quality sides like Zenit St Petersburg, AZ Alkmaar, Maccabi Tel-Aviv and Rosenborg.

So the prospect of a two-legged encounter against a Latvian side with very little European experience should certainly not daunt Dundalk. 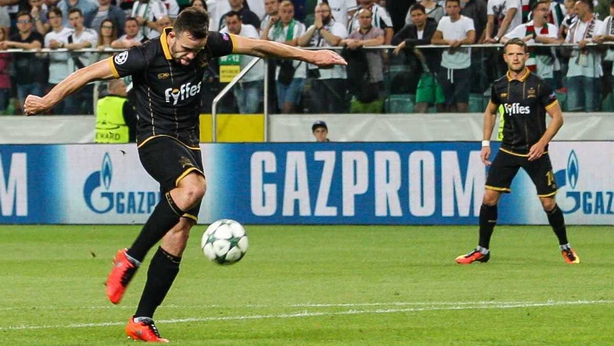 As mentioned, Dundalk have played three league games in recent weeks and two of the matches in particular will have fine-tuned Perth’s side for the higher levels required at this time of year in European competition.

Dundalk won 1-0 away at league challengers Shamrock Rovers, before beating Waterford comfortably at home, and finishing up with a hard-fought 2-2 away draw against Derry City.

And the three games in quick succession also aided Perth’s preparations by giving his squad players plenty of game time, most notably those key men who have recently returned from injury.

"We have had three games in a week so we have had an opportunity to get players fit and into peak condition," said Perth, speaking to RTÉ Sport ahead of the game.

"We had some difficult games, away to Shamrock Rovers and away to Derry City in particular, so they are all just perfect preparation for Europe."

Remarkably, Dundalk have almost a clean bill of health going into the game, considering they were plagued by injuries early in the season.

And how apt that players like Robbie Benson and Patrick McEleney are back to full fitness to join other experienced campaigners like Brian Gartland, John Mountney, Patrick Hoban, Andy Boyle and Chris Shields, as the current crop look to emulate the heroics of 2016.

Of course, this is the Lilywhites' first campaign without the inspirational Stephen Kenny leading his charges into battle, yet protégé Perth appears to be growing into the role of number one and has assimilated the latest breed of players into the Dundalk way, which is starting to look very much like its old self. 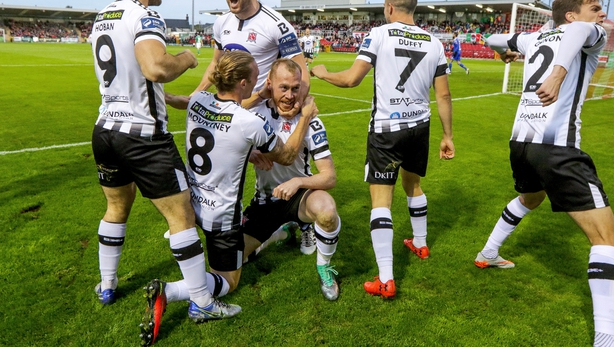 Riga FC were only embarking on their first campaign of top flight Latvian football when Dundalk were mixing it with the big boys in Europe back in 2016.

The demise of stalwart side Skonto Riga coincided with the merger of two other teams from the Latvian capital, FC Caramba Riga and Dinamo Rīga, and following promotion to the top flight at their first attempt in 2015, they landed their maiden league title in 2018 to qualify for this year's Champions League.

Riga’s previous, and only, European experience came in last season’s Europa League qualifying rounds and they will consider themselves unlucky to lose out on away goals to the very well known CSKA Sofia with the tie finishing 1-1 on aggregate.

The current squad is made up with a host of Latvian internationals including the very experienced Olegs Laizans, Vladislavs Gabovs and Aleksejs Visnakovs, who is the 11th most capped Latvian in their history.

The current squad has also looked beyond the state boundaries and has recruited players from Brazil, Croatia, Serbia and most notably Ukraine, with Roman Debelko joining Riga following a goal spree in 2018 with Levadia Talinn.

Dundalk boss Perth believes that Riga will come with a very strong, physical side to Oriel Park and will fancy their chances in what he sees a 50-50 fixture.

However, this Riga side are also very competent on the ball and will be very dangerous, particularly in counter-attack with Dundalk expected to play on the front foot.

Aside from Debelko’s prowess in front of goal, the languid Tomislav Šarić will also pose a threat sitting in behind the front three and the Croatian possesses an excellent left foot and an eye for goal.

However, Dundalk have done it all before and considering their current form, they should prove more than a match for tonight’s visitors and will be keen to put on a pleasing display in front of a sold out Oriel Park.

Perth expects the nation to tune in to see how his side fares in their first foray into this year’s European campaign and the head coach is ready to put on a show in what should prove a very special atmosphere in the County Louth venue.

"In my experience, over the past six or seven years, the wider public tend to tune in around European football," said Perth.

"And when you do well, like in 2016 when we had real success here, the amount of goodwill from the public was huge and I think it gave Irish football a boost.

"So we’ll look to do that as Ireland’s representatives in the Champions League and we just hope that other clubs in the league can do the same and we wish everyone well. It is a time to be positive about Irish football.

"A 0-0 draw can be a good result at home, so home advantage is only important if you don’t concede a goal, however, we fancy ourselves to score against most teams and we generally always have in Europe.

"But Oriel Park on European nights is really loud and a very exciting place to be so we need to use that to our advantage."