Ed McGinty was Sligo Rovers' hero as the Bit O’Red somehow emerged from a second-half Shamrock Rovers onslaught to take a point from Tallaght in a 0-0 draw.

It means the gap to the table toppers remains at eight points.

"We played really good football," Bradley told RTÉ Sport. "We had numerous chances, their keeper made one or two good saves and it’s hard to see how we didn’t win."

The Rovers boss insisted that they are solely focused internally rather than keeping tabs on Dundalk.

"We need to look after what we do. It was about winning the game and we haven't done that. When we are so dominant, like we were against Sligo, we need to make sure we get the three points."

Graham Cummins made his debut following his switch from Cork City and went close three minutes before the break when his header from a Greg Bolger cross smacked off the crossbar. McGinty then denied the big striker on the hour mark and Bradley says the front man acquitted himself well. 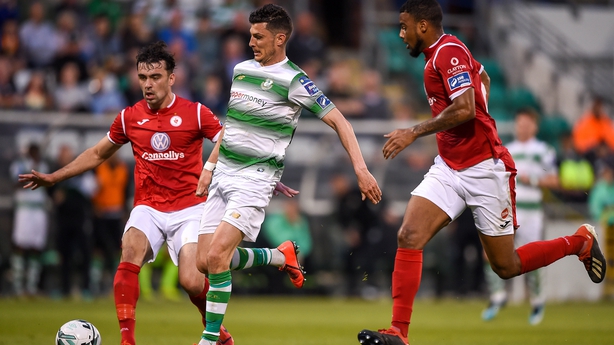 "I thought he did really well considering. You saw the chances we created, if we keep doing that, Graham will score goals."

Attention will now turn towards Europe and their trip to Norway when they take on Brann on Thursday in the Europa League first qualifying round.

It will represent a step-up in class for the Irish team, but Bradley says his team will stick to the gameplan that has got them to this stage of the competition.

We respect them because they are a good team, but we'll go to win the game

"It’s going to be a really good game, they’re a good side. We’ve watched them quite a bit, Stephen McPhail has been out there to watch them, s owe have some good information on them.

"They are physical and dangerous at set-plays.

"We respect them because they are a good team, but we’ll go to win the game." 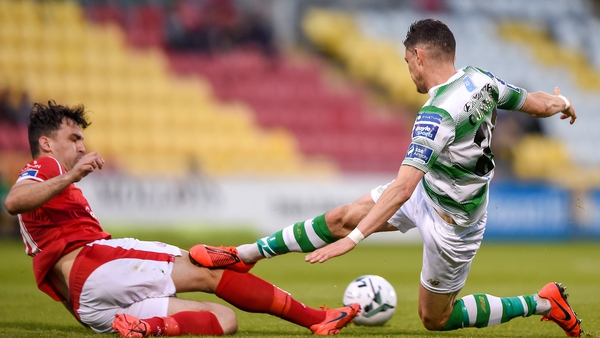